The Indian selectors recently announced the squad for India’s tour of Australia of all three formats. Since the players will be in a bio-secure bubble just like how the England, Pakistan and West Indies were during their previous England Tours, the BCCI has announced a larger squad. Even the Indian Premier League which is currently being played in the United Arab Emirates was played under the newly introduced quarantine regulations due to the ongoing coronavirus Pandemic.

When we look at the India squad it looks very strong on paper. The Side is led by Virat Kohli who will have the services of the likes Cheteshwar Pujara, Ajinkya Rahane, Mayank Agarwal in the batting unit whereas in bowling attack he’s a variety of options from Umesh Yadav, Jasprit Bumrah, Mohammed Shami and Mohammed Siraj. Rohit Sharma‘s name was not seen anywhere in any of the three squads along with Ishant Sharma as they’re recovering from injuries they sustained during the Indian Premier League in the UAE.

We see a lot of deserving players getting picked who have proved their mantle in the domestic circuit for India. Someone like Mohammed Siraj has consistently been performing well for the Hyderabad Ranji side since two years now which is why his selection is purely on merit.

Shubman Gill, on the other hand, is another player who has been consistently scoring runs for the Punjab Ranji which is why there are no negatives. But there are also some players who have consistently performed in the domestic circuit but keep missing out of the side which is why let’s take a look at three such deserving players who should’ve been on that flight to Australia.

Let’s take a look at three players deserving players who missed out from the test squad: 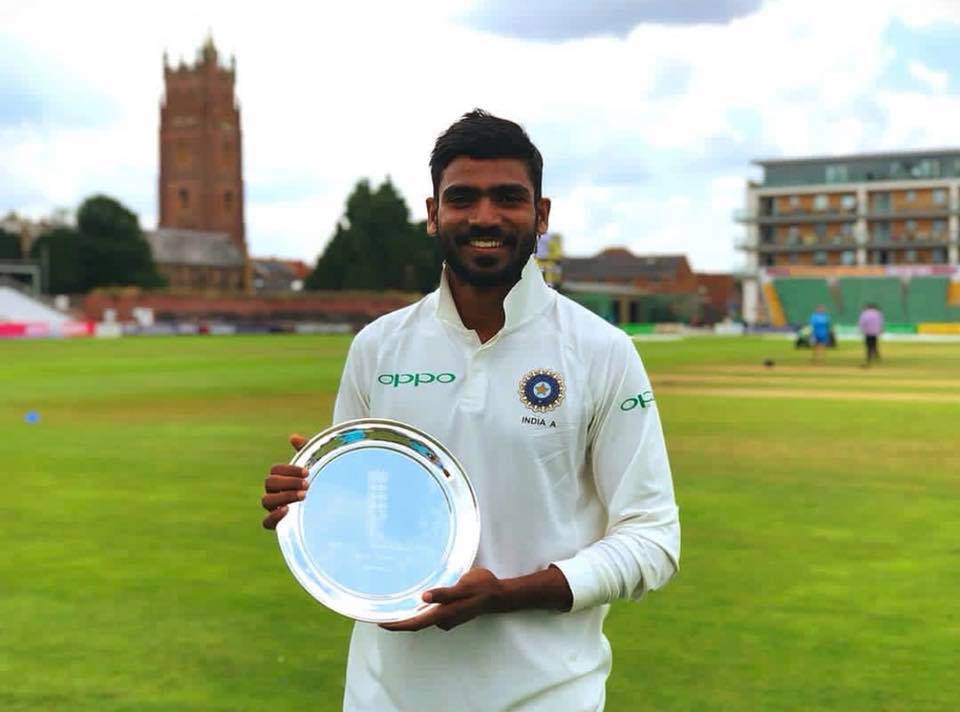 There was a time when MS Dhoni ruled the wicket keeper’s position for the Indian side across all three formats of the game. The likes of Parthiv Patel, Deep Dasgupta and Dinesh Karthik couldn’t find a spot in the Indian team due to the brilliance of MS Dhoni’s abilities as a wicket-keeper for the side. Moreover, his aggressive slightly orthodox style of batting made him a more suitable pick across all three formats.

But when we talk about the current state of Indian cricket post-MS Dhoni there is a bracket of 2-3 wicket-keepers trying to make the cut in the national. Wriddhiman Saha and Rishabh Pant are the ones who have been in and out of the Test squad but we just fail to mention Srikar Bharat every time a Test squad is selected.

Srikar Bharat is wicket-keeper batsmen from Karnataka who has been consistently scoring runs for his stateside but the latter just fails to find a place in the test side. If we ever want to look past Saha and Pant in the Test squad, it has to be Srikar Bharat next in the race to be India’s next test wicket-keeper but even this time around he has failed to find a place in the Indian side for the tour of Australia.