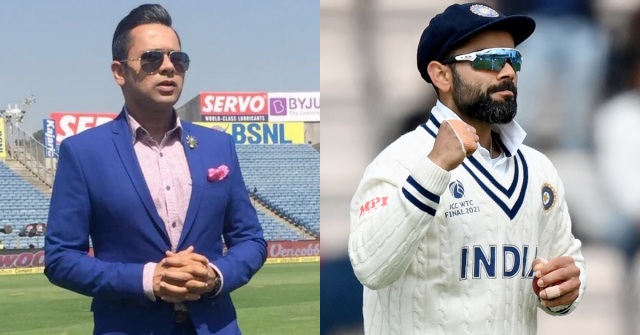 The fifth Test between England and India in Manchester is cancelled after the Indian players expressed their discomfort in playing the final Test amid COVID scare in their camp. Following BCCI’s decision, the ECB came out with an official statement confirming the cancellation of the Test match. Meanwhile, Aakash Chopra in his recent Youtube video has explained in why BCCI is right in choosing IPL over the final test at this point in time.

Following ongoing conversations with the BCCI, the ECB can confirm that the fifth LV= Insurance Test at Emirates Old Trafford, due to start today, will be cancelled.

Speaking on his recent Youtube channel, Aakash Chopra said BCCI and the Indian players are right in not agreeing to play the final Test given that the IPL followed by the T20 World Cup is the point of focus at the moment.

Chopra said that there is not enough time left ahead of the IPL starting from September 19, to play out the final Test. he also reasoned the bubble to bubble move and the mandatory quarantine period of all the players and franchises involved.

He further pointed the 9-day gap between the second and the third Test match. The various franchises in the Hundred wanted their key players to be available for the final stages of the tournament which is why they kept such a long cap in between the two matches.

Similarly, the BCCI is also correct in not agreeing to play the final test ahead of the IPL. The UAE leg starts from September 19 with Mumbai Indians taking on Chennai Super Kings in Dubai.

Also Read: Twitterati React As The Fifth Test Between England And India Gets Cancelled