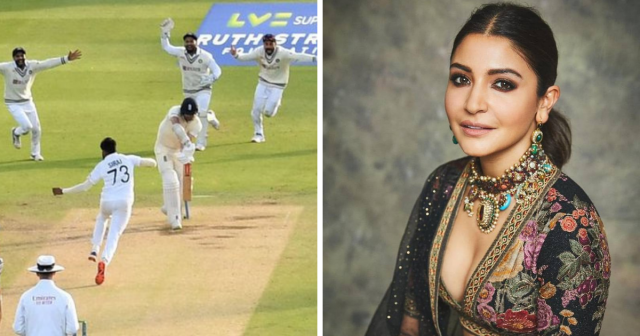 Anushka Sharma, who is traveling with the squad celebrated India’s thrilling win over England by 152 runs at the historic Lord’s Cricket Stadium in London on Monday. As a result, Virat Kohli & Co are 1-0 up in the five-match Test series with three games to follow.

Defending 272 runs on the final day, Indian bowlers produced spectacular performances to bowl out England for 120. Mohammed Siraj was the star of the show, picking up four wickets while Jasprit Bumrah and Ishant Sharma returned with three and two wickets respectively.

As India script their record third win at Lord’s, Anushka Sharma, wife of skipper Virat Kohli, took to her Instagram Stories to post a picture of her husband to celebrate India’s historic win.

“What a win! What a team!” Anushka captioned the picture. Prior to the post, the actor shared a picture of her television screen showing Virat and his team on the field following the victory. She captioned it, “Yessss!!!” along with a raised hand, the Indian flag, and a blue heart emoji. 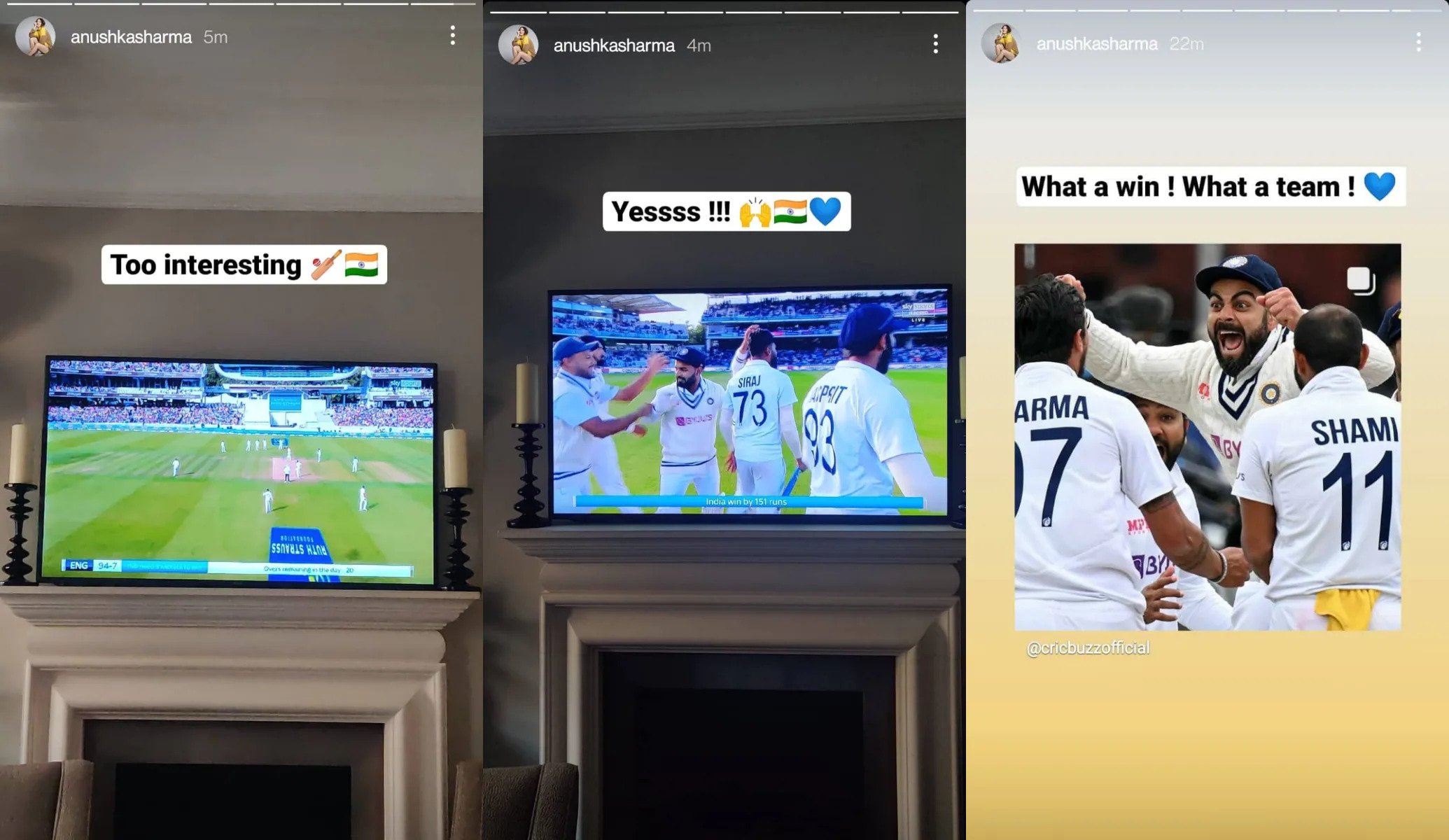 “What happened on the field really charged us up” – Virat Kohli 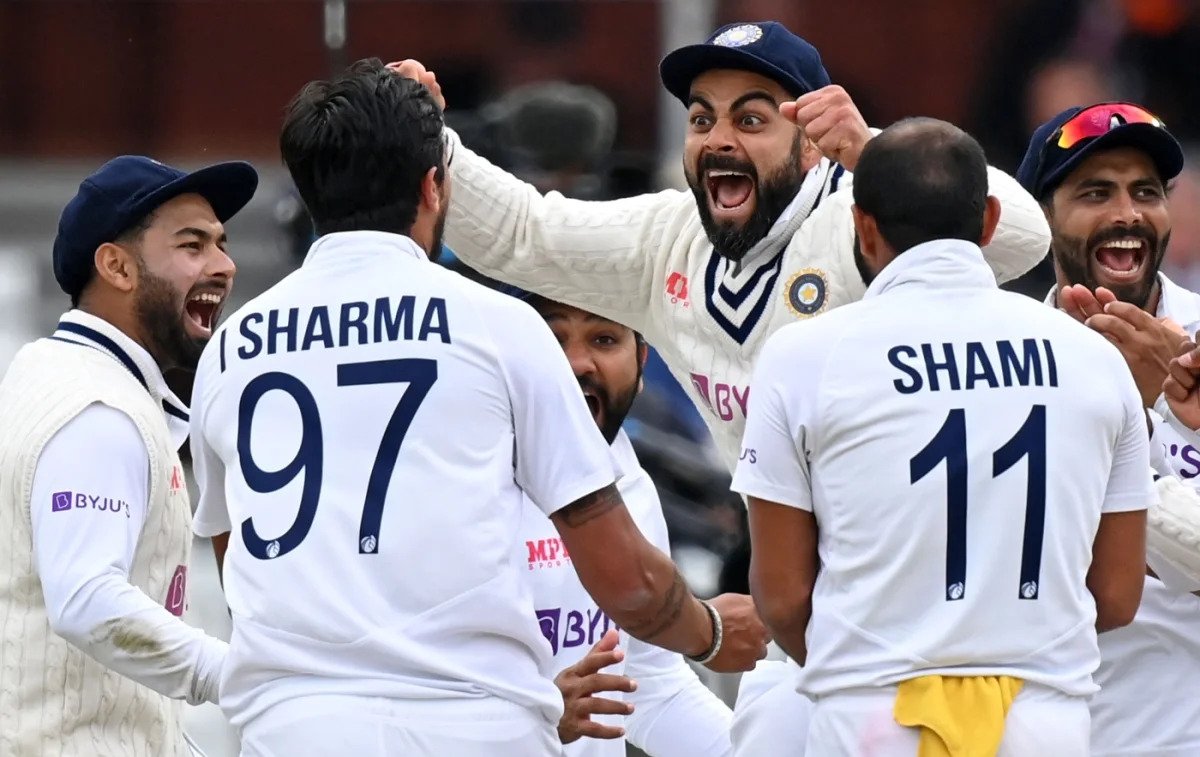 The Lord’s tie witnessed some fiery exchanges from both camps with players from both sides going up against each other. Speaking at the end of the game, Virat Kohli highlighted that those incidents charged them up and go for the win. Kohli said:

“I was part of the winning Test match last time when I was a player under MS [Dhoni]. That was pretty special as well, Ishant bowled an outstanding spell. In that game, we put them under pressure on day four itself.

“But this one, to get a result in 60 overs, when we all thought let’s just have a crack at what we have in front of us… It’s quite special and especially when someone like Siraj is playing for the first time at Lord’s and bowling the way he did, [it] was outstanding. As I said, what happened on the field [the verbals] really charged us up and gave us that extra motivation to finish the game off,” he added.