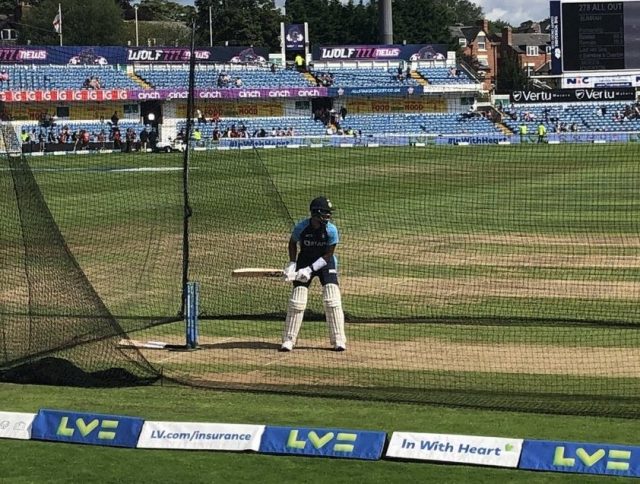 Team India opener KL Rahul, who had a poor outing in the third Test, has returned to training shortly after a humiliating defeat at Headingley in Leeds. Meanwhile, England have thrashed the visitors in the third match by an innings and 76 runs.

After an 84 in the first Test and an outstanding century at Lord’s, a lot was expected out of KL Rahul in the third tie. However, the Indian opener managed only 8 runs in the Headingley Test including a duck in the first innings.

In the wake of a string of poor scores, KL Rahul returned to the Headingley nets soon after India were handed a defeat in the morning session of day 4.

KL Rahul was seen in the nets straightaway after the Test match was completed. pic.twitter.com/pwHQkOGqwS

Former India cricketer Maninder Singh believes KL Rahul has no place for getting complacent after a below-par outing in the third Test against England at Headingley.

“It can happen to anybody after you had a couple of great Test matches. The way he got out in the first innings started to create doubts in his mind that ‘am I good enough to bat on this kind of surfaces where the ball is seaming around and swinging.”

Bairstow plucks a blinder at second slip to dismiss KL Rahul, at the stroke of lunch.

“As far as KL Rahul is concerned, it is a lesson for him that when he is in form, he has to carry it on and not get complacent like he did from the first innings because you start doubting your technique,” he added.