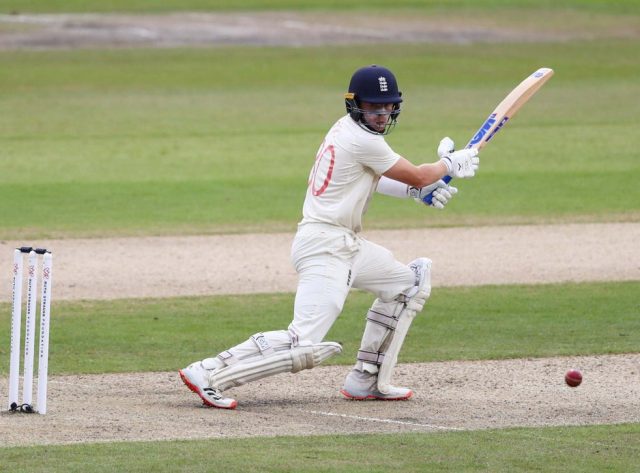 England batsman Ollie Pope is doubtful for the first test match against India due to injury. The middle-order batsman sustained a thigh injury while playing in the Vitality Blast for Surrey against Kent. He has been ruled out of action until the Test series against India.

He will work with the ECB and the Surrey fitness team over the new few weeks to be able to get for before the India Test series.

Just in: Ollie Pope has been ruled out of action till the start of the #ENGvIND Test series after sustaining a thigh injury while playing for Surrey pic.twitter.com/2pI1oWuD0Q

“Pope has been ruled out until England’s LV=Insurance test series against India after suffering a left thigh muscle injury. The ECB and Surrey fitness teams will work together to deliver Pope’s rehabilitation with a focus for him to be available to return for the first Test against India,” said England and Wales Cricket Board in a statement.

Ollie Pope is also likely to miss out on The Hundred, England’s new 100-ball format game. He has struggled to make a mark for himself in the England team. He has scored 882 runs for England in Test matches at an average of 31.50 with 135* being his best. The middle-order batsman has not crossed 35 in the last 15 test innings that he has played.

However, he was likely to be a part of the England squad for the India Test series as Pope is one of the most talented youngsters in England cricket at the moment.

Dawid Malan could make his way into the XI if Ollie Pope fails to attain match fitness and gets ruled out of the series. Malan has performed tremendously well for England in the limited-overs format.

Apart from Malan, it could also open doors for Dan Lawrence. The LV=Insurance five-match Test series between India and England will commence from August 4 at Trent Bridge, Nottingham.