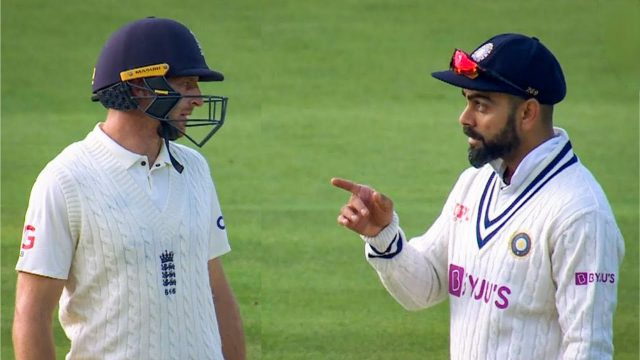 England’s wicket-keeper batsman Jos Buttler said that it’s a privilege for him to compete against Virat Kohli and his team. He added that the England team enjoys this challenge.

The Lord’s Test match between England and India witnessed some intense heated moments on the field when players of both teams engaged in a war of words. Jos Buttler feels that it has become a part of the game. He added that both the teams are incredibly competitive which makes the game even more challenging out on the field.

“At times it becomes a part of the game. It’s interesting to watch as a viewer. It boils down to 22 competitive guys in the field trying to win for their country. At times, there is ego and some words are shared but mostly in good spirits. As a side, we are very focused on what we have to do to get back in the series,” Buttler further added as quoted by the Times of India.

Notable difference in the Indian team is the experience: Jos Buttler

India won the second Test match at the Lord’s cricket ground and is leading the five-match test series 1-0 against England. This is almost the same bunch of players who lost the 2018 test series against England. Jos Buttler feels the experience is the notable difference in this Indian team as they are more confident to compete.

“The most notable difference in the Indian team is the experience. This is a side that’s been together for three years. It’s the similar group and same names. They are a confident team with lots of international games and success behind them,” Jos Buttler said.