The ICC announced the fixtures of T20 World Cup 2021 earlier today. The qualifiers will be played from October 17 to 22. India have been placed in group B alongside Pakistan, Bangladesh and New Zealand. After that, the league stage starts from October 23 till November 8. The two semi-finals will be played on November 10 and 11 with the big final in Dubai on July 14. Teams like Bangladesh and Sri Lanka will be playing the qualifiers along with teams like Ireland, Oman, the Netherlands amongst others.

India are considered one of the favorites to win the title Teams like England and Australia are also in the race for the T20 title. India won the inaugural edition of the T20 World Cup in 2007. Since then 2014 (Runners Up) and 2016 (Semi-Final) have been their best years in the tournament history. 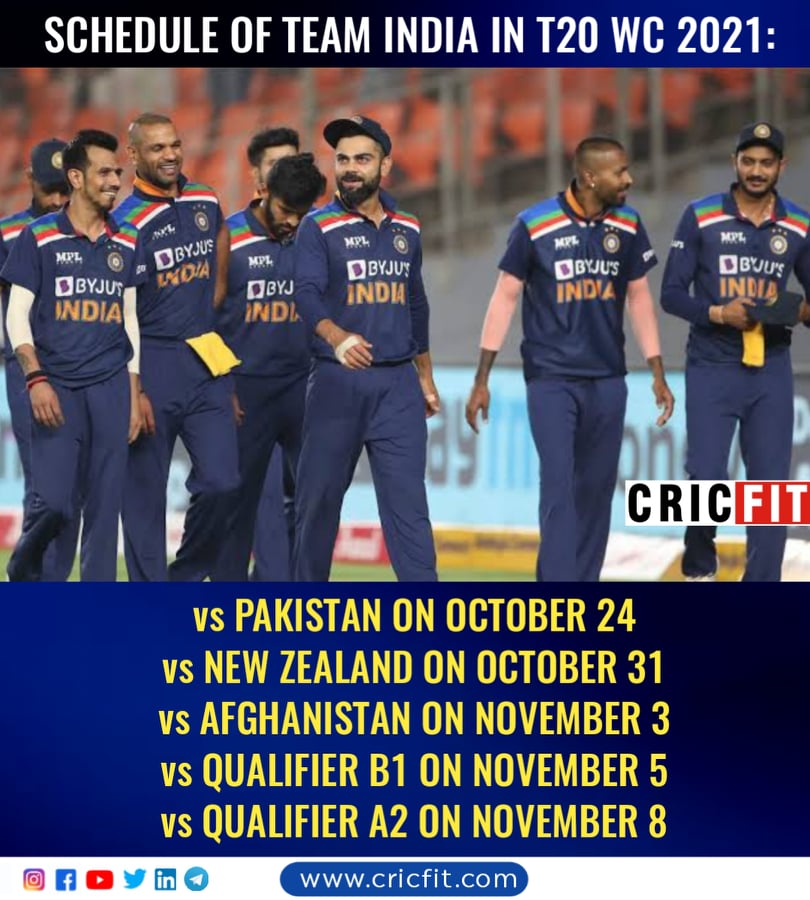 The side starts their campaign by playing against arch-rivals Pakistan on October 24. Like in the 50-over format, Pakistan has never beaten India in the T20 World Cups as well. Both have won the title once before in the history of the tournament.

After playing Pakistan on October 24, India then play New Zealand on October 31. The Kiwis have been India’s nemesis in the tournament. They have lost two games which they played against them back in 2007 and 2016. New Zealand recently beat them in the ICC World Test Championship as well to pile on the miseries. India would love to have one back when the two sides meet on in the tournament again.

After New Zealand, India play Afghanistan on November 3, followed by matches against the two qualifying teams on November 5 and 8. The group will conclude on 8 November, with India taking on the second-placed Round 1 qualifier from Group A. India will play four games in Dubai and one in Abu Dhabi.