The schedule for the T20 World Cup 2021 will be announced on Tuesday, August 17 via a digital show. The show will be previewed by Dinesh Karthik, Darren Sammy and Isa Guha The ICC earlier said that the tournament will be played between October 17 to November 14. The Super 12 stage will start from October 24 with the qualifiers between October 17-23. Teams like Bangladesh and Sri Lanka will be playing the qualifiers along with teams like Ireland, Oman, Netherlands amongst others.

The trio of Karthik, Guha and Sammy will be previewing the show from 9 am Dubai time. The show will also be available on  T20worldcup.com and the ICC Cricket app.

The moment you've all been waiting for ⏳

Join Isa Guha, Dinesh Karthik and Daren Sammy as they reveal the fixtures of the ICC Men's @T20WorldCup at 9 am Dubai time (+4 GMT) tomorrow 📅 pic.twitter.com/9JMNjt5K9s

The tournament was supposed to be played in Australia last year as per the original schedule. However, the tournament was postponed as India was given the hosting rights. Meanwhile, due to COVID concerns in India, UAE was selected as the venue for the tournament. UAE and Oman will host the tournament after the second half of IPL 2021 in the Arabian country.

Meanwhile, India, Pakistan, New Zealand and Afghanistan are placed in group B. The arch-rivals will meet for the first time since the 2019 World Cup. The Afghanistan Cricket Board confirmed earlier today confirmed that their players will be playing the tournament despite the political unrest in the country at the moment. They further confirmed that their players will also be playing in the IPL later this year.

Group A has teams like England, Australia, South Africa and West Indies. Four more teams will join the regular squads from the qualifiers to make the tournament a 12-team event in the group stage.

India won the inaugural edition of the T20 World Cup with West Indies winning the last edition played in India in 2016. 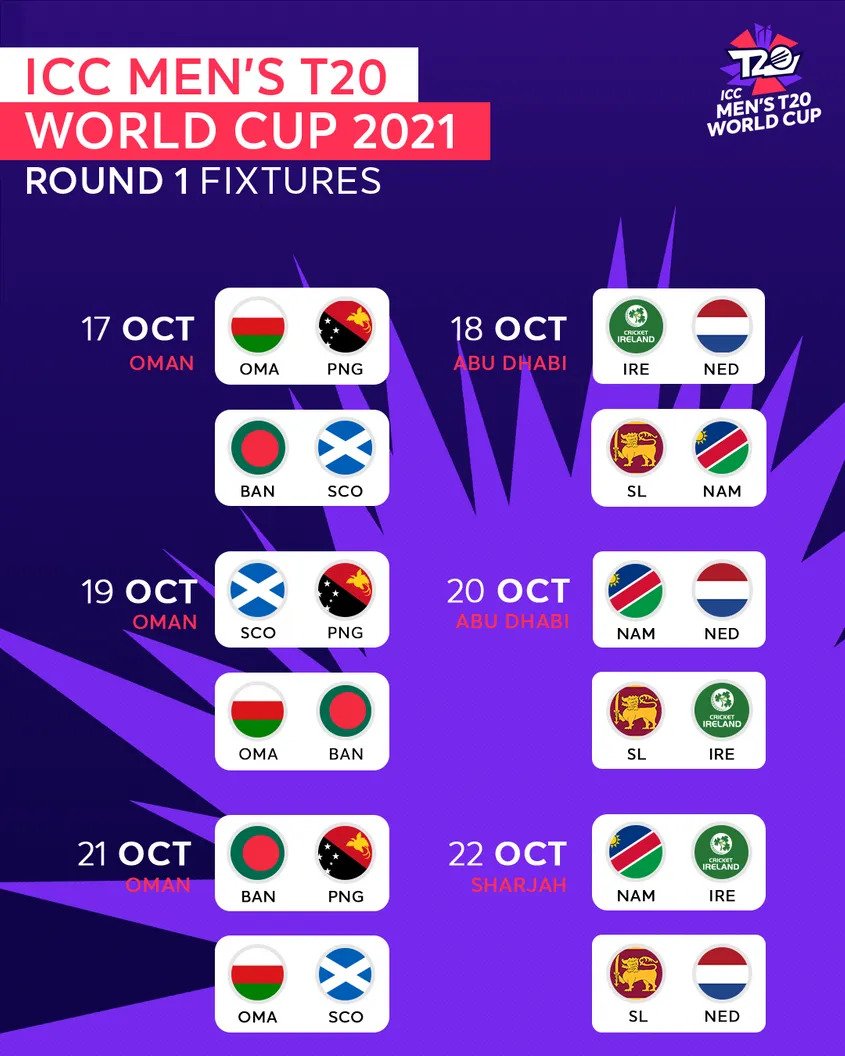 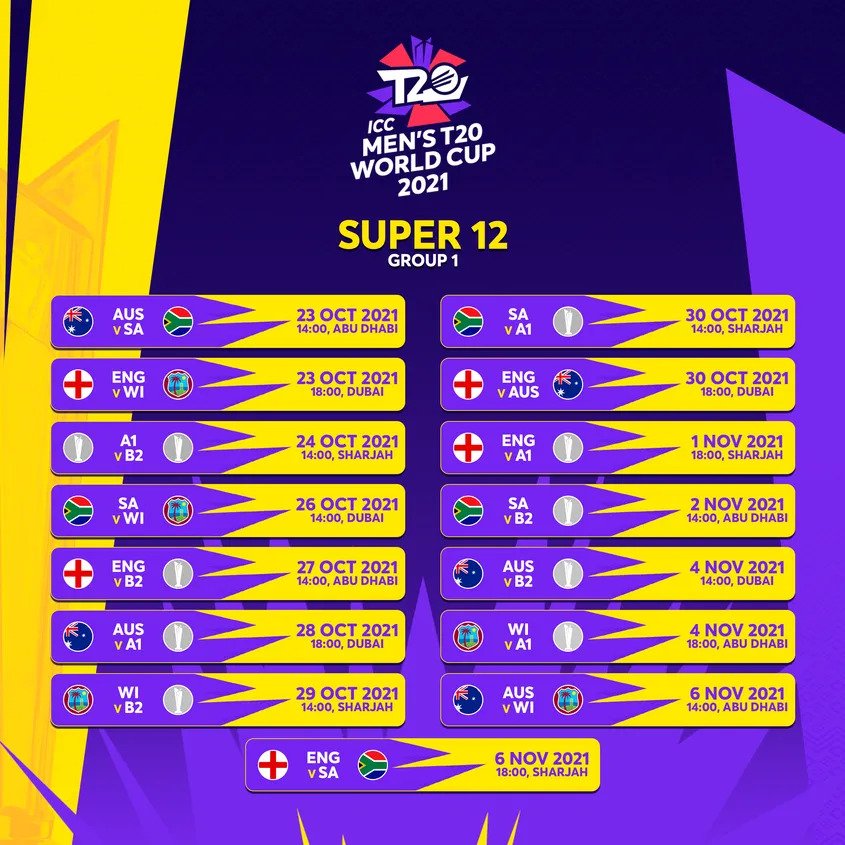 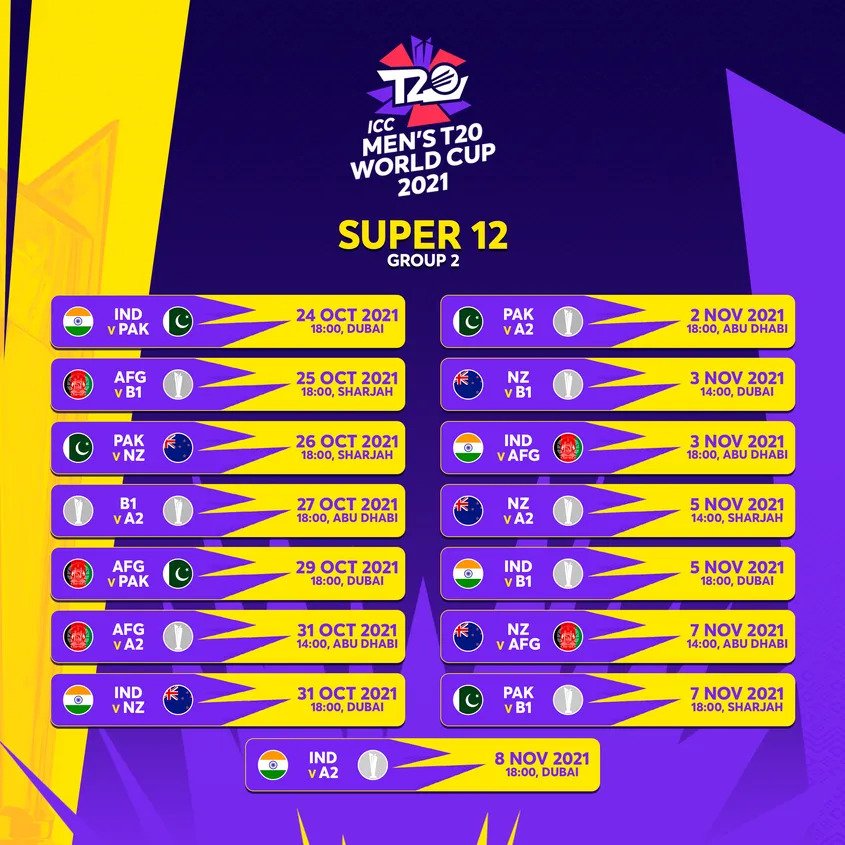 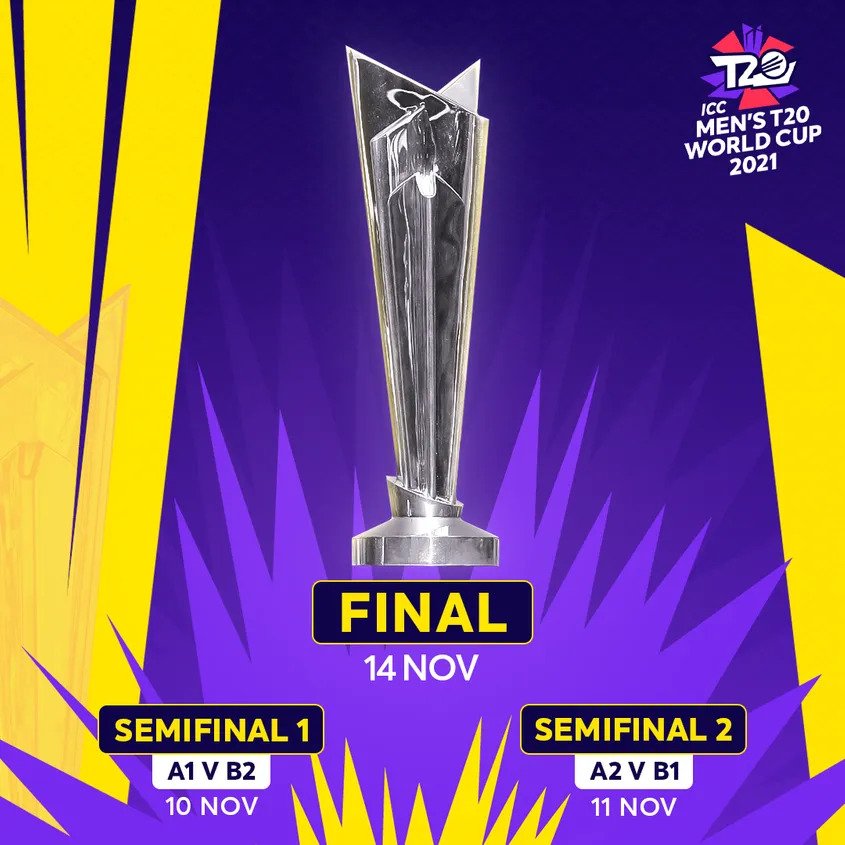