The decision was taken to provide maximum match practice to the Indian players. The match is currently taking place in Durham. There were a few others who were left out but they’re expected to practice in the nets.

Prior to the start of the game, the match was given the first-class status. This means there will be no changes to the playing XI after the start of the match. If it was a practice game, players could have been rotated in and out. Even though they’re turning up for County XI, Avesh Khan and Washington Sundar will be part of the Indian bio-bubble. They will rejoin the dressing room during the intervals.

Virat Kohli, Ishant Sharma are not part of the side against County XI 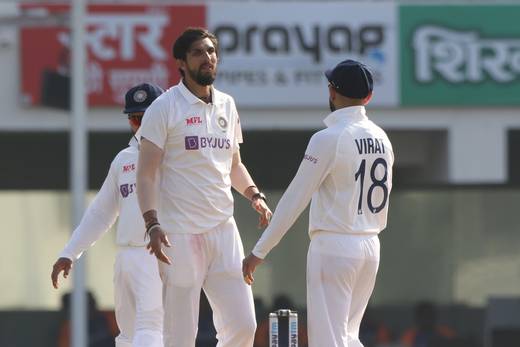 Indian skipper Virat Kohli and fast bowler Ishant Sharma were not included in the playing XI. It comes as a surprise since the two are most likely going to be featuring in the first Test against England on August 4. Even Kohli’s deputy, Ajinkya Rahane will be sitting out.

Hanuma Vihari and KL Rahul have been given a chance in their place, . The opener debate was temporarily settled with Mayank Agarwal donning the role. The captaincy reins were given to Rohit Sharma, the most experienced player in the side.

Another thing to note was Mohammad Shami and Ravichandran Ashwin had been replaced by Axar Patel and Mohammad Siraj. Umesh Yadav and Shardul Thakur are also participating, and it shows that India is not willing to reveal their possible XI prior to the Test series.