The BCCI has reportedly asked 21-year-old Shubman Gill to return back to India following his injury. The youngster suffered shin splints which will take more than 6-8 weeks to recover. Consequently, he was ruled out of the England Test series.

Since his participation in the series is now impossible, he has been asked to fly back to India. This leaves a gaping hole at the top of the order in the Test team. Shubman Gill was India’s first-choice opener but now, they will have to revert back to Mayank Agarwal unless BCCI provides other options. There is another possible choice in Abhimanyu Easwaran but a BCCI official had stated that they didn’t want to expose him too early.

Indian team manager in England had already sent an email regarding possible replacements to the chairman of selectors, Chetan Sharma. However, there has been no response from his side yet. It remains to be seen whether the BCCI will send a replacement to England.

Prithvi Shaw is on the Indian team’s radar 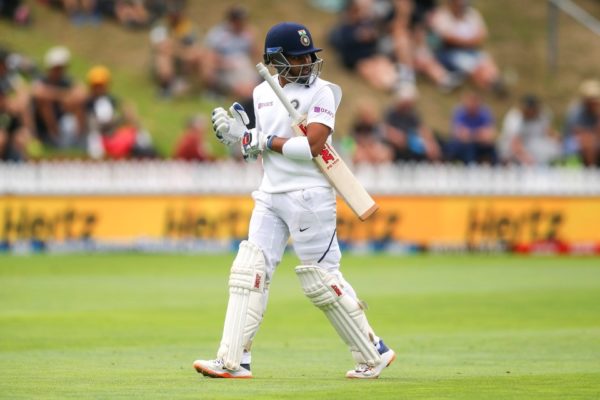 Since the tour of England will last more than a month, possible injuries could hurt India. Because of pandemic times, quarantines have become mandatory. So if a player needs to be flown out to England, it needs to be done quickly. According to a source, another 21-year-old Prithvi Shaw could be considered as a replacement for Shubman Gill.

This is a dilemma however since Shaw is already part of the Indian squad that’s set to play a white-ball series against Sri Lanka. For him to be called up to England as a backup might not be the best idea. Shaw needs to regain some confidence playing with the national team so warming the bench in England could be detrimental to his career. On the other hand, playing under Rahul Dravid which he supposedly loves, could boost his game.

What the selectors decide, however, will be final according to a source.

“They have left it to the selectors to name a replacement, be it Prithvi Shaw or Devdutt Padikkal or whoever,” the source said.