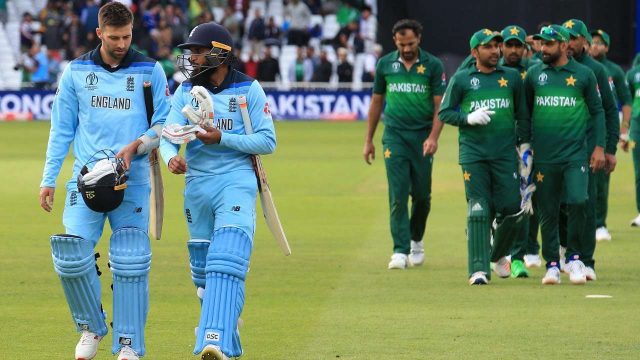 Although a covid-19 outbreak scare put the series under threat, a swift round of actions has meant that the series will go ahead as planned. The first of the 3-match ODI series between heavyweights England and Pakistan will take place on July 8.

Hosts England go into the series with a morale-boosting whitewash of Sri Lanka. They looked unstoppable in the white-ball formats. Unfortunately however, not a single person from that series apart from Dawid Malan is part of the new ODI squad. After a few positive cases, the players went into isolation.

This meant the ECB had to announce a whole new 18-member squad for this match-up. Ben Stokes will return as the captain, while a year-long hiatus for James Vince also comes to an end. Plenty of youngsters and uncapped players have been given an opportunity of a lifetime.

Unprecedented times but a proud moment for our nine potential debutants.#ENGvPAK pic.twitter.com/ZoNbJln0HO

Pakistan on the other hand, go in with a well-rounded squad. The last time Pakistan won an ODI series in England, none of their players were born. With the inexperienced look of England however, its without a doubt Pakistan’s best chance to set things right. Skipper Babar Azam will depend on the likes of Mohammad Rizwan and Shaheen Afridi to come good on the English pitches.

They’re coming into the series on the back of wonderful performances in the Pakistan Super League (PSL). But Pakistan being Pakistan, unpredictability is the only constant. How well they fare in the first game will determine the outlook of the series.

Although there were no ODI’s played here between England and Sri Lanka, the T20I’s help determine that the pitch will likely assist fast bowlers. The rain that was around could slow down the outfield and the batsmen might have to work hard for their runs.

The second T20I between England and Sri Lanka ended with the hosts coming out on top by 5 wickets in a rain-curtailed match.