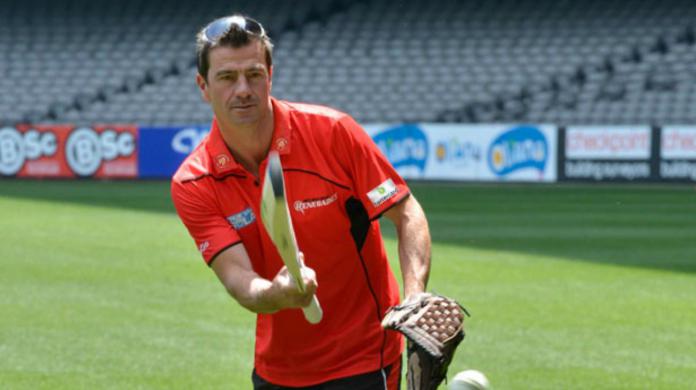 KOLKATA: Kolkata Knight Riders’ victory against the Rajasthan Royals in the Eliminator of Vivo IPL-2018 at the Eden Gardens, Kolkata on Wednesday meant they would square off against Sunrisers Hyderabad at the same ground in the second Qualifier on Friday evening.

The Kane Williamson-led side—after topping the points table in the league phase—lost to the Chennai Super Kings by two wickets in the first Qualifier at the Wankhede Stadium on Tuesday.

A day before the penultimate game of IPL-2018, a few members of the SRH support staff took some time off to attend the launch of sports broadcaster Alan Wilkins’s autobiography in a famous city hotel.

Ritam Basu caught up with SRH assistant coach Simon Helmot to discuss his team’s chances in the do-or-die game against KKR the following day, their plans against the KKR batsmen, Bhuveneshwar Kumar’s hot and cold form this season et al in this short conversation.

Q: Where did SRH go wrong in Qualifier-1 against CSK at the Wankhede Stadium, Mumbai on Tuesday?

Helmot: I think we fell fifteen to twenty runs short of what we would have liked to achieve on that wicket batting first. The bowlers did their job exceedingly well I thought. They stuck to their plans and bowled tight lengths for a major part of the second innings, but then you have got to give credit to Faf (du Plessis) and Shardul (Thakur) for the way they batted in the end.

Q: Is there likely to be any change in the overseas combination for SRH when they take on the Kolkata Knight Riders at the Eden Gardens on Friday?

Helmot: Sorry mate, it’s confidential. Can’t shed any light on that one.

Q: Sunil Narine, we have seen, feels fidgety against the short ball at times. Are we going to see the likes of Bhuvneshwar Kumar, Sandeep Sharma and Siddarth Kaul hurl a spate of short balls at him right from the word ‘go’?

Helmot: (laughs) The bowlers have got their plans ready for each and every batsman from the opposition camp. It will all boil down to how well they manage to execute their plans. If we are able to play disciplined cricket on the given day, I am sure we will come out on top.

Q: How impressive has Kane Williamson been as a captain this season?

Helmot: Yeah look, we have been fortunate to have had Kane in our ranks who has slipped into this role almost effortlessly. He is a class batsman with an astute cricketing brain. He likes to lead from the front which makes it easier for him to command respect from his fellow teammates. Obviously, we also had the services of David Warner last season, who like Kane enjoyed leading from the front. Both these captains have been phenomenal for our team!

Q: Bhuvneshwar Kumar’s iffy form with the ball since his return from the injury layoff—has that been a major cause of concern for SRH this season?

Helmot: Bhuvi hasn’t been hundred per cent fit for a large part of the season. He is a professional and hopefully, he will be able to get us some early wickets tomorrow.

Q: The Eden Gardens pitch on which the Eliminator between KKR and RR was played on Wednesday, provided plenty of purchase for the spinners. If the wicket does turn tomorrow, would it be an advantage for KKR, who have a three-pronged spin attack?

Helmot: It will all depend on the nature of the surface and the kind of weather that we have tomorrow. Don’t forget, even we have a couple of world-class spinners in Rashid Khan and Shakib Al Hasan. If the conditions work in their favour, they can wreck the opposition batting line-up as well. We’ll take a look at the wicket tomorrow and then decide on the ideal combination.

Q: Whenever KKR plays at the Eden Gardens, the crowd becomes the twelfth man for the team. Does that become a disconcerting factor for the visiting teams?

Helmot: The crowds here in Kolkata are very knowledgeable about the game. Their team has made it to the playoffs, so passions will naturally run high. We are focused on playing good cricket and confident of flying off to Mumbai for the final on Sunday (grins).

Q: The final question. How has your experience been with SRH so far, since joining the team as an assistant coach in 2017?

Helmot: SRH is a wonderful franchise and we have made the playoffs four times in the last six seasons. The management comprises some great players of yesteryears like Tom Moody, VVS (Laxman) and Murali, and the players are a good set of boys to work with. It’s been a very congenial environment in the dressing room so far.