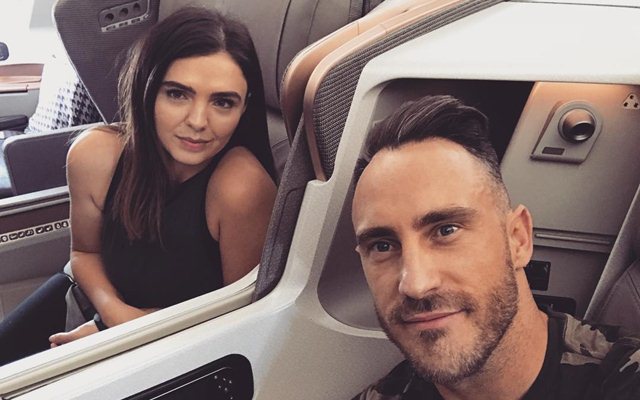 Former South Africa skipper Faf du Plessis recalled an incident when he and his wife received social media flak following the 2011 ICC World Cup knockout loss. The Proteas were one of the favourites to win the title but their defeat to New Zealand came as a shocker for the fans.

Chasing 222, Graeme Smith and Co were bowled out for 172 runs 40 balls short of their 50 overs. As a result, they bowed out of the competition which didn’t go well with the fans. At the Sher-e-Bangla National Stadium in Mirpur, Dhaka, Faf Du Plessis scored 36 runs off 43 balls while batting at number six. But his knock went in vain as the Proteas lost yet another knockout game in a world event.

Going down the memory lane, the veteran cricketer told how after the defeat, he and his wife were greeted with death threats and the happening made them ‘introverted’.

“It makes you introverted towards people and you put a shield up. All players go through this and it forces us to keep our circles very small. It’s why I’ve worked so hard on creating a safe space within our camp,” he added.

Speaking of the game, Faf du Plessis came out to bat when South Africa were placed well at 121 for four in 27.4 overs. Nathan McCullum had cleaned up JP Duminy, who scored a painstaking 12-ball three. But in the same over when Faf came to bat, South Africa endured a massive disaster. AB de Villiers, who had gotten his eyes in, got run out after a horrendous mix-up.

He was batting on 35 with four fours when he got out. After the dismissal, the Proteas collapsed to 146 for eight in 37.4 overs. Faf du Plessis played a valiant knock but his dismissal in the 43rd over ended South Africa’s hope as the tailenders failed to cross the double-digit mark.