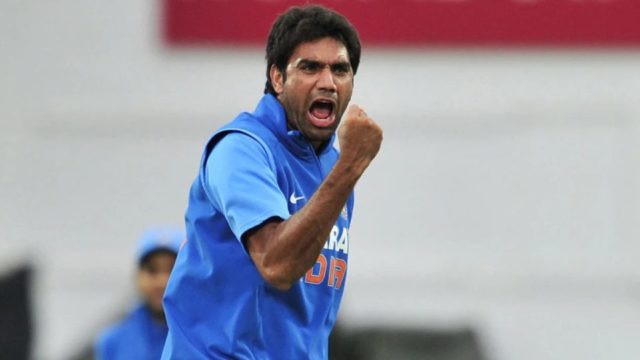 Lanka Premier League (LPL) franchise Kandy Tuskers have roped in former Team India fast bowler Munaf Patel for the inaugural edition of the competition. After a lot of dilemma over hosting the tournament amid COVID-19 outbreak, LPL 2020 is scheduled to begin on November 26.

The veteran fast bowler will pair up with star all-rounder Irfan Pathan, who has already landed in Sri Lanka to take part in the competition. The 37-year-old Patel, who has played 13 Test matches, 70 ODIs and three T20Is, was part of India’s 2011 World Cup-winning team.

Kandy Tuskers will want Munaf Patel to bring his experience and bolster the side. They will also want to use his experience and develop the local Sri Lankan pacers and the country’s cricket is going through a transition period. The organisers took to micro-blogging site Twitter to reveal the news.

“Former India fast bowler Munaf Patel has signed a contract to @KandyTuskers,” the LPL wrote on its Twitter handle on Tuesday.

We are delighted to announce that Indian fast bowler Munaf Patel has joined the Kandy squad! #TuskerNation

Following his last IPL season with Gujarat Lions in 2017, Munaf Patel has featured in the Abu Dhabi T10 League in 2018. Earlier this year, the tall and lanky fast bowler turned up for India Legends in the Road Safety World Series before the tournament was called off due to the outbreak of COVID-19.

Besides this development, there were reports that former Pakistan captain Sarfaraz Ahmed has pulled out of the tournament. Sarfaraz, who was supposed to captain the Galle Gladiators franchise, will no longer take part in the tournament as he has been selected in the national team for the New Zealand Tour.

“Sarfaraz has been selected in the Pakistan squad for the New Zealand tour and hence he is not travelling (to Sri Lanka),” Moin Khan, the Galle franchise coach, was quoted as saying by www.dailymirror.lk.