Veteran India cricketer Harbhajan Singh once again poked fun at former Pakistan fast bowler Shoaib Akhtar ahead of the all-important T20 World Cup 2021 clash. Arch-rivals India and Pakistan are slated to play against each other on October 24 (Sunday) at the Dubai International Cricket Stadium.

Incidentally, Harbhajan Singh and Shoaib Akhtar were a part of the panel of analysts for the T20 World Cup ahead of the much-anticipated clash. Sharing a picture from the discussion, the Rawalpindi Express initiated a friendly banter against Harbhajan.

“With Mr. I know it all @harbhajan_singh in Dubai for a pre discussion about the mother of all competitions.”

With Mr. I know it all @harbhajan_singh in Dubai for a pre discussion about the mother of all competitions. #Dubai #Pakistan #India #worldcup pic.twitter.com/40VS5vEMqB

Meanwhile, Harbhajan Singh is someone who is known for giving back to his opponents. The veteran off-spinner took a sly dig at Shoaib Akhtar over the number of international wickets both of them has under their belts. Harbhajan responded:

“When u have 400 plus test wickets am sure you know more about cricket then someone with less than 200 wickets (sic).”

When u have 400 plus test wickets am sure you know more about cricket then someone with less then 200 wickets 🤗 🤦🏻‍♂️ https://t.co/jXvdiYLyoE

“Its just another game” – Virat Kohli ahead of India-Pakistan clash 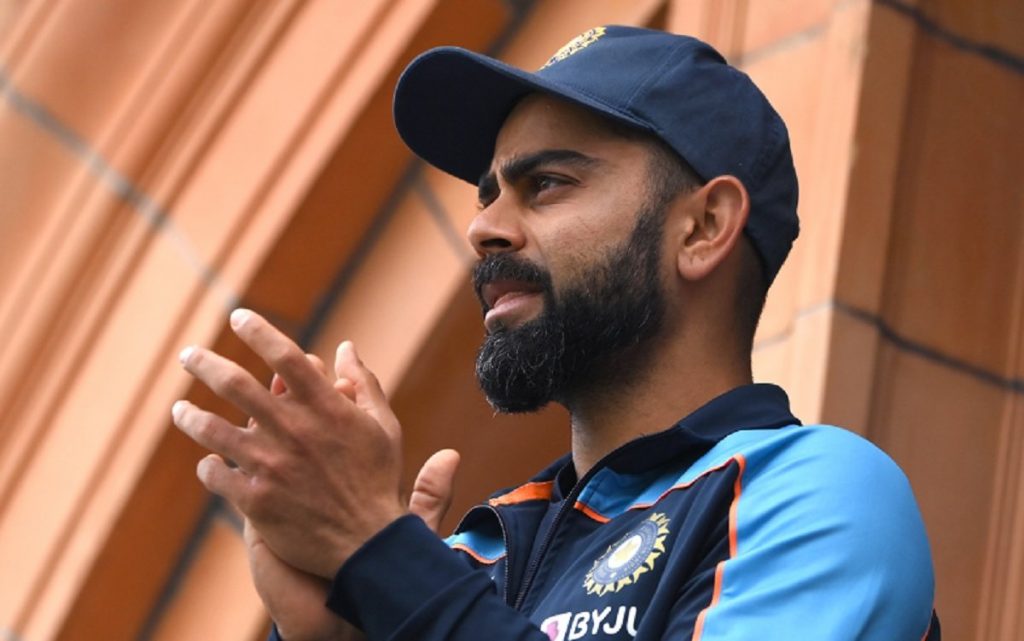 Indian captain Virat Kohli played down the hype ahead of the much-awaited India-Pakistan tie on October 24. He conceded that it was just another cricket match and that they would look to play it in the right spirit.

“I have just approached this game as another game of cricket and I know there is a lot of hype around this game, more so with ticket sales and demands of tickets,” Virat Kohli said during a media session.

“Apart from that, I don’t think we can make anything extra out of this game and for us it’s a game of cricket that has to be played in right spirit, in the way we know we can. Yes, the environment, you can say is different from outside and from fans’ point of view, definitely more excitement in the air but from a players’ point of view, we try to stay as professional as we can and always approach the game in the most normal way possible,” he added.