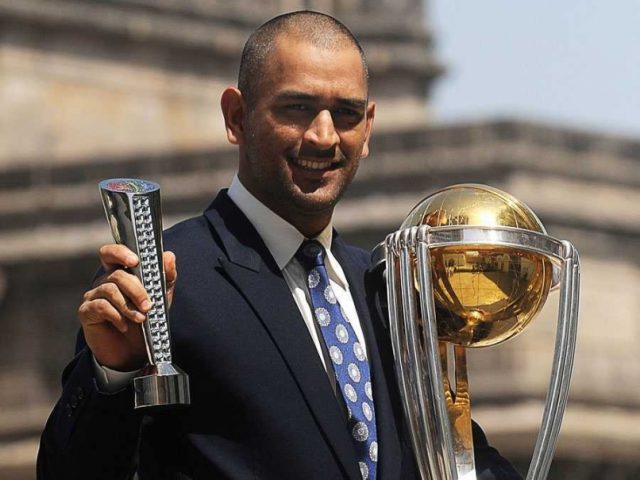 Former Indian captain MS Dhoni has joined the Indian cricket team as a mentor ahead of the upcoming T20 World Cup in the United Arab Emirates. MS Dhoni was seen having a conversation with head coach Ravi Shastri, bowling coach Bharat Arun and fielding coach R Sridhar during a net session of team India in Dubai. Dhoni was appointed in the new role just before the Indian squad for the T20 World Cup was announced by the Board of Control for Cricket in India (BCCI) last month.

The 2007 World T20-winning skipper will be helping out Virat Kohli and his men in the tournament starting October 24 when India play their first match against arch-rivals Pakistan at the Dubai International Stadium.

India will take on England on Monday and Australia on Wednesday in their two warm-up matches before the Super 12 stages.

Notably, the T20 World Cup 2021 got underway in Oman on Sunday with the hosts making a statement of intent, hammering debutantes Papua New Guinea by 10 wickets in a Round 1 Group B match.

“Extending a very warm welcome to the KING Crown @msdhoni is back with #TeamIndia and in a new role!” the Indian cricket board tweeted.

Extending a very warm welcome to the KING 👑@msdhoni is back with #TeamIndia and in a new role!💪 pic.twitter.com/Ew5PylMdRy

Dhoni recently helped Chennai Super Kings complete a remarkable comeback in IPL 2021 as they won their 4th title in their 9th final after missing out on the play-offs berth for the first time in their history last year in the UAE.

Despite not contributing with the bat as much as he did during his heyday, Dhoni marshalled his troops with so much confidence as CSK roared to form and won the title in the UAE.

The 40-year-old became the oldest captain to win the IPL earlier this week but remained coy about his future with Chennai Super Kings for IPL 2022.

While he insisted that he has still not “left behind” anything at CSK, the influential captain said a lot will depend on the retention and auction rules of IPL 2021, considering the two new teams that will be added to the league next year.