Ahead of the T20I series opener against the visitors, the Indian all-rounder shared a note for his late father. The Pandya brothers lost their father earlier this year due to cardiac arrest. Taking to Instagram, he posted a picture of his father standing with the Indian tri-color and wrote: “From today all for you dad. Miss you.” 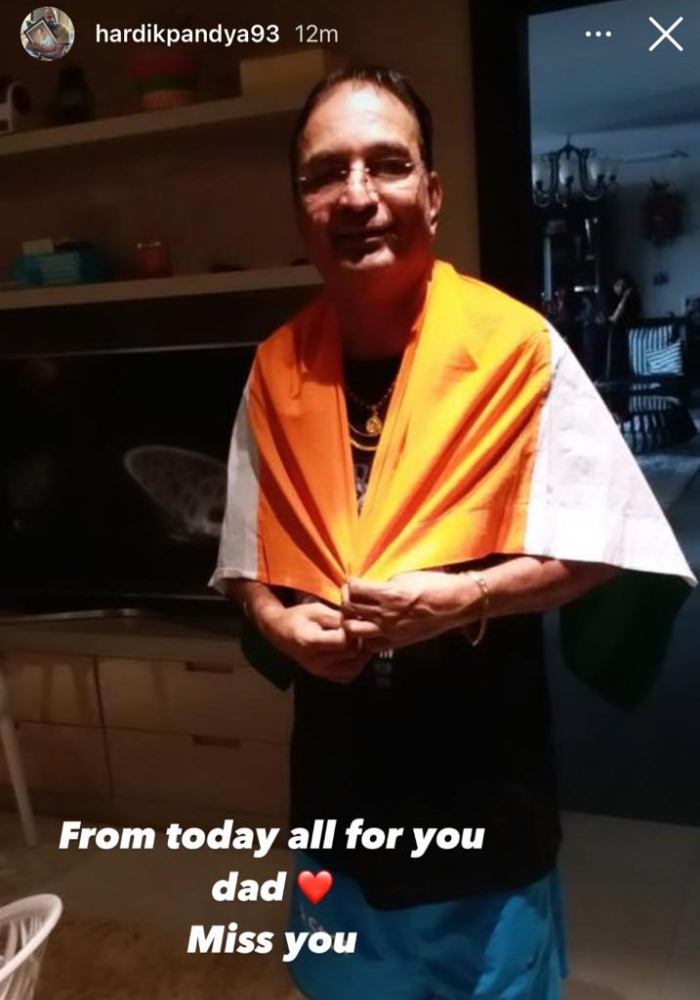 Time and again, Hardik Pandya has opened up his love for his father. He spoke about how they had a struggling childhood and his father made the hard yards to make the ends meet.

Hardik’s father, Himanshu Pandya who passed away in January this year after suffering a cardiac arrest. Since then, Pandya has been finding it hard to deal with the big loss. Ever since losing his father, Pandya has posted several touching messages for him on social media platforms.

Meanwhile, Hardik’s cricket career took a halt after the death of his father. he came back and played in the white-ball leg of the Australia series, where he only batted. His not bowling for the Indian team was a big loss. He resumed bowling in the recent practice sessions ahead of the England series.

Hardik Pandya is back to full fitness and has looked good as well with the ball at the nets. After the white-ball leg against England, he will be playing in the IPL for Mumbai Indians.

He is going to be an important asset for the Indian team during the World t20 later this year in India. The fast-bowling all-rounder was in stunning form in Australia where he scored two fifties in the ODI series before delivering a Man of the Series effort in the subsequent T20I series.

It’s been almost one and half months since I have been preparing in this format – it’s going to be important with the World T20 coming up. You will see me bowling in this series,” Hardik Pandya said ahead of the game.