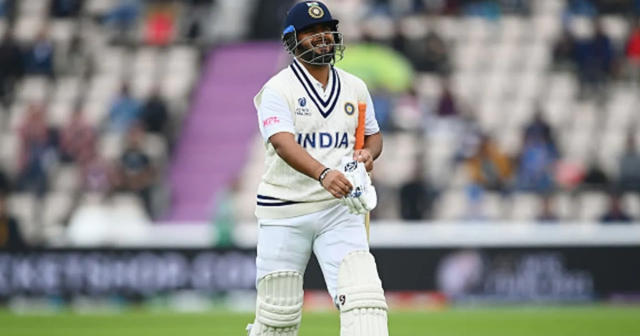 Former India cricketer Madan Lal has urged the team management to give young wicket-keeper batsman Rishabh Pant a break from the third Test against South Africa. With the series tied at 1-1, the final Test is scheduled to commence on January 11 in Cape Town.

Incidentally, Pant has copped a lot of criticisms for his reckless batting when India needed him to spend some time in the middle. However, Pant tried to step out and hit Rabada but the ball took an edge of his bat and went straight to Kyle Verreynne.

While Rahul Dravid and Cheteshwar Pujara have revealed that there will be discussions about the timing of the shot, Madan Lal believes Rishabh Pant should be given a break with Wriddhiman Saha waiting in the wings.

During an interaction with the Aaj Tak channel, Lal said:

“He should be given a break. And you have someone like Wriddhiman Saha. He is a sensible batsman. He is a very good wicketkeeper. But Pant has to decide how he wants to bat in Test cricket. If there is some doubt in his mind, it is better to give him a break. He is a match-winning player, but you cannot bat like this. You have to bat for the team and not for yourself.”

Rishabh Pant has had a difficult time in the last few innings. In the last 13 innings, he has managed to score 250 runs and has made only a single half-century. The southpaw has been dismissed for a single-digit score six times in the last seven Test matches.

Team India head coach Rahul Dravid has opined that the management will have a conversation with Rishabh Pant over his poor shot selection that has often led to the team’s downfall.

“In the sense that, we know Rishabh is a positive player and he plays in a particular manner which has gotten him success. But yeah, of course, there are times, we will have a level of conversations with him around, it is just about the timing of that shot you know. No one is going to tell Rishabh not to be a positive or aggressive player. Sometimes it is about choosing the timing to do that,” the former captain said.