Home Cricket News How To Kickstart Your Fantasy Cricket Journey?

India is popular for many things like its culture, heritage and film industry among others. One particular thing that is known worldwide about India is our love for cricket. From America to Iran everybody knows that Indians are crazy about cricket. The sport of cricket is so popular in India that many of the people have this misconception that India is our national sport when in reality the concept of national sport doesn’t even exist in India.

For cricket fans, the year of 2020 has been rather salty because all of the major cricket events like IPL and Twenty20 world cup have been cancelled or postponed. We are in the midst of a countrywide lockdown. COVID-19 came like a fatal blow for almost all of the industries and work sectors throughout the world. We have been guided by our government to stay at home and right now we have no other options but to follow what the government officials have ordered.

There are still some fantasy sports apps which have been showing the players a ray of hope with organising virtual tournaments and adding more games to their catalogue. One such app is BalleBaazi, they have just introduced popular games like Basketball and Baseball. Before we talk about cricket a little more, let’s understand what is Fantasy Cricket

Fantasy cricket is one of a kind activity. It is experienced best with live matches going on but as stated before we are in the middle of lockdown so live matches won’t be possible for quite some time. Playing fantasy sports is very much playing like a real match of cricket. You have to make a team and you have to think calculative. 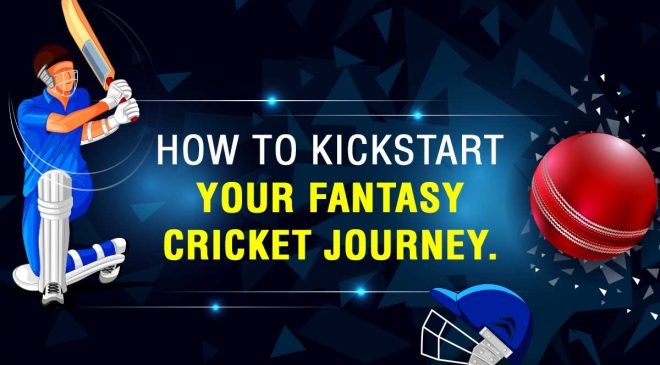 After selecting the team you have to select a captain and a vice-captain both of which will help you win the match because in fantasy sports whatever your captain and vice-captain scores it gets multiplied by 2 and 1.5 which gives you a good amount of total and the best part is that you have to go nowhere. You can watch your game while managing your team at the comfort of your home. If you are new in the world of fantasy sports then you can update yourself with the knowledge of cricket players, stadiums, pitches and everything cricket related to cricket.

Once you are through everything you’ll be able to make a team confidently which will help you win a lot of real cash. Right now is the best time to practice your skills as a novice because once the lockdown is over and the cricket matches are live there will be a lot of chances to win huge amounts of real cash online.

So there you have it, the formula is almost the same for other sports as well. So in order to practise for fantasy cricket, you can make teams in other sports such as football, basketball and baseball. By doing this you’ll get the idea of how you can earn more and more through fantasy cricket. Once the matches are back, there will be no stopping you at all and you can easily become the ultimate fantasy player.

If you are really interested in fantasy sports then you can start your journey with BalleBaazi the fantasy sports app. They have a user base of 4 million sports lovers and have the support of world-renowned cricketer Yuvraj Singh as the brand ambassador.

If you want to dabble in the world of fantasy sports then BalleBaazi is the best way to do it. You can win free tickets from the weekly contests. You can use BalleBaazi Codes and get up to 100% Bonus. BalleBaazi has been chosen as the best fantasy sports app in India by the 4 million user base that they have and this user base is growing rapidly. If you should do it, then do it with BalleBaazi.

Harmanpreet Kaur Reveals The Name Of Her Childhood Idol

ABOUT US
Cricfit is one of the fastest-growing cricket websites in India. Launched in 2015 to reach out to all the like-minded people, Cricfit’s content includes daily updates from all the happenings in the sport from across the globe, features written by some of the best young minds in the country, and interviews of the cricketers from all cricketing nations. Our founder and CEO – Mikkhail Vaswani, who is a practising journalist and a sports broadcaster, took his passion to the next level by creating this platform to connect with all the lovers of the game.
Contact us: [email protected]
© Copyright © 2020 Cricfit.com, Alpas Rame Private Limited. All Rights Reserved
MORE STORIES