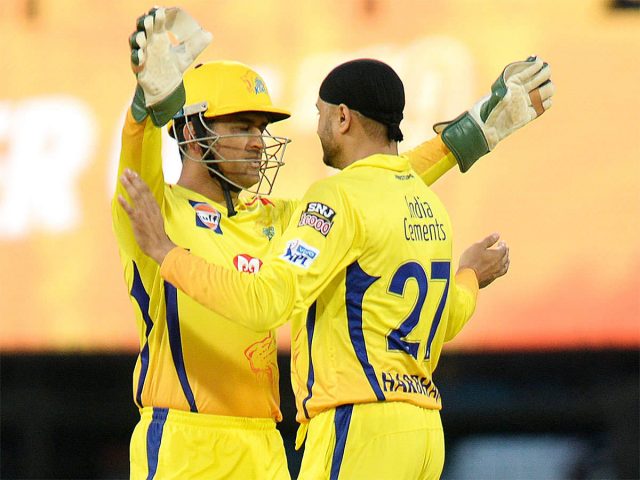 Harbhajan Singh has been firing bombs ever since his retirement from all forms of cricket. He has opened up on the final stages of his international career and how the lack of support from the BCCI and ‘external factor’ pushed him out of the national reckoning.

The veteran spinner indirectly poked at former Indian captain MS Dhoni and his unceremonious behaviour towards senior cricketers after the 2011 ODI World Cup. Harbhajan also jokingly revealed how there’s a possibility of many villains should a biopic be made on his career someday.

The remarks have raised a lot of eyebrows and have ignited his relationship with Dhoni. However, Harbhajan Singh has dismissed any such notions and claims he in fact has been good friends with the former India captain. In an exclusive chat with News18, the legendary off-spinner said:

“Very nice. I am not married to him!”

“See, everyone interprets a quote differently. I just wanted to convey that a lot of things could have been better post 2012. (Virender) Sehwag, me, Yuvraj (Singh), (Gautam) Gambhir could have retired playing for Indian team since all of them were active in IPL as well. It is ironical that the Champions of the 2011 team never played together again! Why? Only few of them played in 2015 World Cup, why?”

Adding further, Harbhajan Singh stressed that he has no hard feeling for MS Dhoni; however, has questions to the BCCI and the national selectors at that point in time.

“No, not at all. I have no complaints against MS. In fact, he has been a good friend all these years. I have complaint to the BCCI, the sarkar (government) of that time. I call BCCI as sarkar! The selectors of that time didn’t do justice to their roles. They didn’t allow the team to be united,” he said.

“What was the point of bringing in new guys when the greats were still around and delivering? I once confronted the selectors on this and their reply was it wasn’t in their hands and then I asked why they are the selectors, then?” Harbhajan Singh concluded.