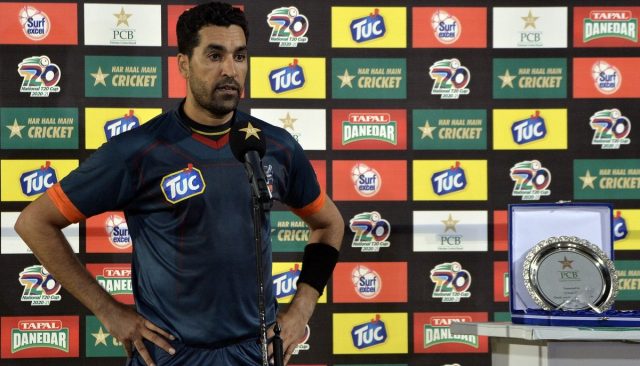 Former Pakistan fast bowler Umar Gul recently poked fun at Harbhajan Singh, saying that he is a better batsman than the latter. Gul took part in the recently concluded Legends League Cricket, where his side Asia Lions lost in the summit clash against World Giants.

A tricky customer with the ball, Umar Gul also highlighted his abilities with the bat. He has also won a game for the Men in Green in the 2012 T20 World Cup against the South African side with a 17 ball 32 and took his team home from a difficult situation.

Harbhajan Singh, on the other hand, has two centuries and nine half-centuries in the longest formats. He has played a couple of handy knocks for his side during his playing days.

Speaking at the sidelines of the Legends League Cricket, Umar Gul mentioned his batting prowess is better than that of Harbhajan because he has a player of the match award for his batting. In a video shared by the organisers of the tournament, the former cricketer said:

“Harbhajan Singh has also batted well, but I have won a Player of the Match in a World Cup game for my batting. So, it means that I am better than Harbhajan Singh when it comes batting.”

Umar Gul made his international debut in 2003 and he had phenomenal success in the limited-overs format especially. He picked up 85 wickets in 60 T20 internationals at an average of 17 and was one of the quickest bowlers going around in his time.