Australia batter Steve Smith has expressed a desire to play T20 cricket as an opener because he feels more comfortable expressing himself in that position. Smith has taken the BBL12 by storm thanks to his match-winning century against the Adelaide Strikers.

Smith contributed to the Sixers’ 200-run total while batting first. Smith had a strike rate of 180.35 and scored 101 runs off 56 balls, including five fours and seven sixes. He appeared to be at ease in the middle, and it was his knock that gave the Sixers the impetus they needed.

“I like it up top, who wouldn’t want to open in T20 cricket?”, Smith was quoted as saying. “Two men out, it gives yourself a chance to just play the ball as you see it early on. And then once the fielders go out you’ve got yourself in and have the chance to play your shots. It’s a place I enjoy batting. I did it a couple of times in the IPL and went okay.”

Steve Smith made headlines with his stunning knock 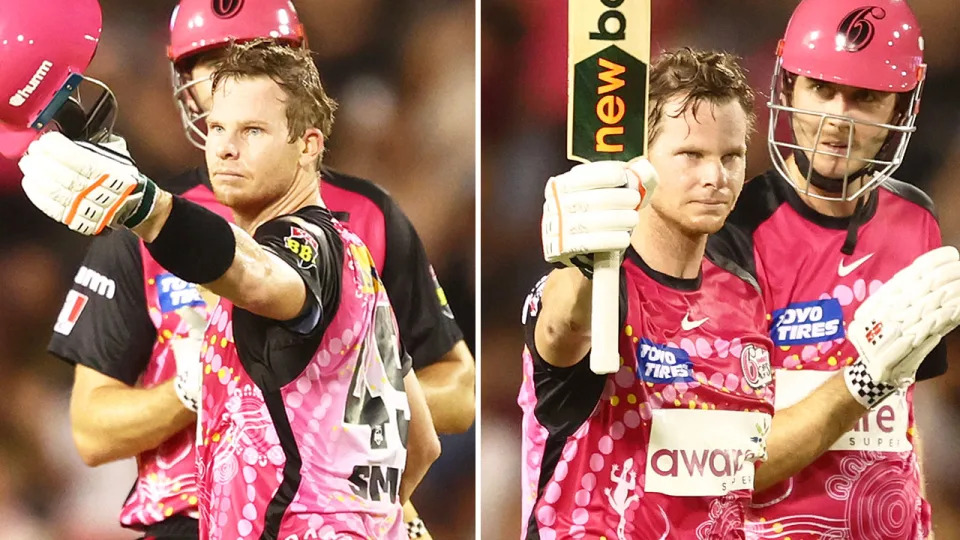 Smith enjoys batting at the top of the order in T20 because of the freedom it provides and the fielding restrictions. The 33-year-old was left out of Australia’s team for the majority of their home T20 World Cup last year. He batted in the middle order only once, against Afghanistan, and scored four runs.

His return to T20 cricket in the BBL has been emphatic, with an impressive 36 off 27 balls for Sydney Sixers on a difficult SCG wicket last Sunday (January 15), followed by a 56-ball century against Strikers in Coffs Harbour on January 17, 2023.

Despite being arguably Australia’s best batter of the modern era, Smith’s only on-field appearance during the T20 World Cup 2022 was as a substitute, with selectors opting for the hard-hitting but inexperienced Tim David in the middle order.