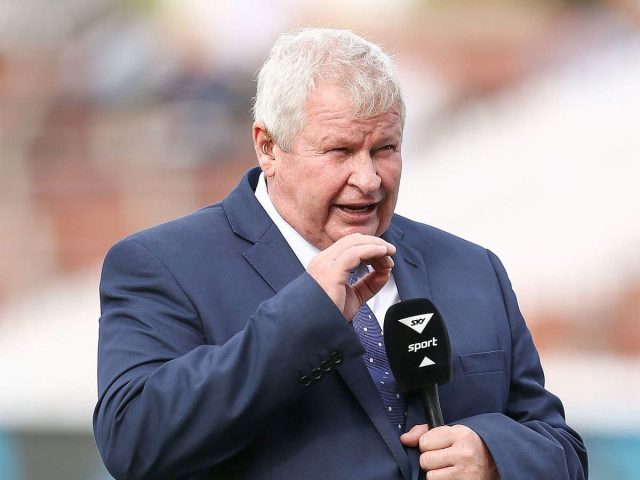 Former New Zealand player turned broadcaster Ian Smith has slammed at the team’s setup in home conditions. Smith has asked them to focus more on developing spin talent rather than “hiding in the grass” at home. He stated that the over-reliance on pace and movement is troubling them when they travel to the sub-continent as well.

Kiwi bowlers Ajaz Patel, William Somerville, and Rachin Ravindra bowled 102 overs during the first Test against India in Kanpur. Patel alone picked up three wickets across two innings. Meanwhile, the Indian spinners have shared 10 out of 11 wickets so far as well.

“Surviving today is temporarily sealing the cracks. We have to get more revolutions on the ball and stop hiding in the grass. It’s so lopsided in their favor it’s not funny. Just as it is for the quicks when we host teams here. Unfortunately, though for us, that is now coming to our detriment in the subcontinent, and we’ll always do so unless we learn to play it better,” Ian Smith said on Mornings with Ian Smith on SENZ.

He, however, applauded Tim Southee and Kyle Jamieson for their effort with the ball that helped New Zealand to do well so far. Ian Smith said:

“It’s a hell of a compliment to Tim Southee and Kyle Jamieson that we’re actually still playing this Test match. Our three spinners bowled 102 overs. For India, 10 out of the 11 scalps they’ve got so far are to spin.”

The result at Green Park represents the first time the team has gone 10 Test matches undefeated (8 wins, 2 draws). The current streak starting with a win over India at the @BasinReserve at the start of 2020. #StatChat #INDvNZ pic.twitter.com/lNBKBNu0Re

Tim Southee claimed eight wickets in the match, including a five-wicket haul in the first innings. Meanwhile, Kyle Jamieson scalped three wickets apiece in either inning as well.

“The greatest of the tweakers, Shane Warne, marveled at our success in winning the World Test Championship final but without having [or] using a spinner. He did say it was somewhat disappointing and a poor reflection. He’s a tad bias to spin, we know that, but we need to shift ours a little bit more in that direction,” Ian Smith further added.

“We have to learn to bowl it better, and when we do, we’ll learn how to play it better. It might be time to invest in some full-time overseas coaching or maybe discover a Devon Conway type who can turn it square,” Ian Smith concluded.

After both shared points in Kanpur, both the teams will take on each other in the second Test in Mumbai as well.