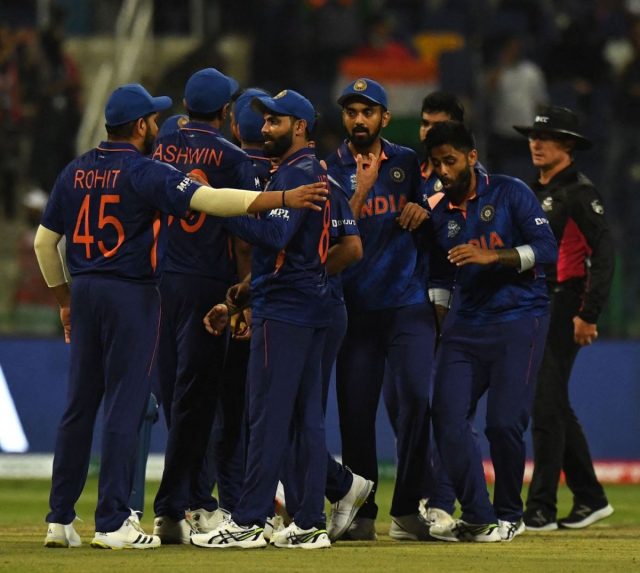 India, who need to win every game to have any hope of progressing to the semi-final, will lock horns against Scotland on November 5 (Friday) at the Dubai International Cricket Stadium. Virat Kohli & Co’s hopes of making it to the semifinals hang by a thread after a woeful start to the tournament.

Since beating a higher-ranked Bangladesh in their opening fixture and coming through the first round undefeated, Scotland haven’t had a win in the Super 12 stage. However, they showed plenty of fights in the previous game against New Zealand to give them a scare.

When you see the Afghanistan and New Zealand fans appear pic.twitter.com/arx7XXFWJ9

And they are eager for the rare chance to show what they can do against a top side such as India. Scotland bank heavily on their pacers in the powerplay, and Mark Watt’s left-arm spin later in the innings.

India, on the other hand, accomplished the first of those requirements in their control with an imposing victory against Afghanistan. The likes of KL Rahul and Rohit Sharma gave them the perfect start after timid batting outings in the first two matches and then backed well by their bowlers.

India will hope to keep up the same run when they lock horns against Scotland to keep their hopes alive of making it to the top four from Group 2.

💬 💬 Everything that I wanted to execute fell in place.@ashwinravi99 speaks about his bowling performance against Afghanistan. 👍#TeamIndia #T20WorldCup pic.twitter.com/LT8rNqGdUG

The toss is set to play a crucial role yet again with Dubai heavily favouring the team chasing.

India vs Scotland – Match Prediction – Who will win the match?

India will enter the ICC T20 World Cup 2021 as the clear favourites to win the match and make it two in two. However, they need to win by a massive margin to keep their hopes alive.