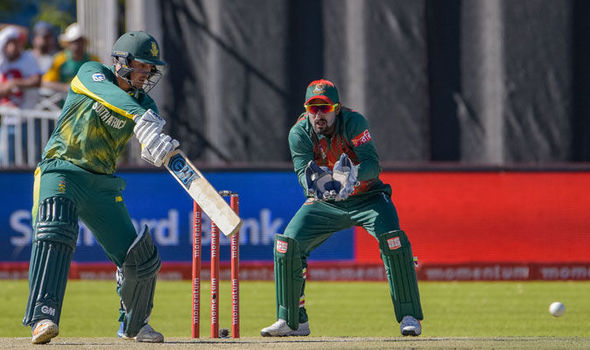 South Africa will take on Bangladesh in Match 30 of the ICC T20 World Cup 2021 on Tuesday, November 2 at the Sheikh Zayed Stadium in Abu Dhabi.

After a loss in their opening match, South Africa has made a brilliant comeback in the tournament. They are second on the points table in Group 1, with two wins so far. In the last match, they defeated Sri Lanka by four wickets. Bowling first, the Proteas bowled Sri Lanka out for 142 runs. On the back of skipper Temba Bavuma’s 46, they chased down the target in the final over.

On the other hand, Bangladesh has suffered defeats in all their three matches so far. They lost to West Indies in a thrilling encounter by three runs in their last match. Bangladesh restricted the Kieron Pollard-led team to 142 runs but fell short in the second innings. They are reeling at the bottom of the table in Group 1. However, Bangladesh can still not be taken lightly in the tournament.

The pitch at the Sheikh Zayed Stadium in Abu Dhabi has been comparatively better for the batters in the tournament. In the middle overs, the spinners are expected to get some assistance. 150-160 should be a good score on this track.