Former cricketer Aakash Chopra believes India should stick with Rohit Sharma and KL Rahul’s opening pair in T20 cricket. He added that the skipper, Rohit Sharma performs like a beast, with leadership duties on his shoulders. The Rohit-Rahul duo complement each other well, batting at top of the order.

Rohit Sharma and KL Rahul have scored 1535 runs in T20Is for India, at an average of 59.03, including five century-partnerships. The right-handed batting pair got India off to blistering starts against New Zealand in the recently concluded T20I series.

In the third and final T20I match of the series, Ishan Kishan opened the innings, as KL Rahul was rested. While analyzing the match on his Youtube Channel, Aakash Chopra expressed that India should continue with Rohit Sharma and KL Rahul at the top. Elaborating on his point, Aakash said:

“Rohit and Rahul should always open. These players have shown that one should forget Pakistan and New Zealand. There is both quality and quantity of runs here. Rohit Sharma is a beast when it comes to T20 cricket.”

“If he [Rohit] bats with an open mind and with freedom, no one can stop him. He hits the short balls in the stands and does that regularly. This series was in his name only, he came and destroyed the bowlers in every match,” he added.

The 𝗻𝘂𝗺𝗯𝗲𝗿𝘀 speak for themselves 🗣️

Man of the series performance from the Hitman 💪💙#OneFamily #INDvNZ @ImRo45 pic.twitter.com/KcrOfncZtg 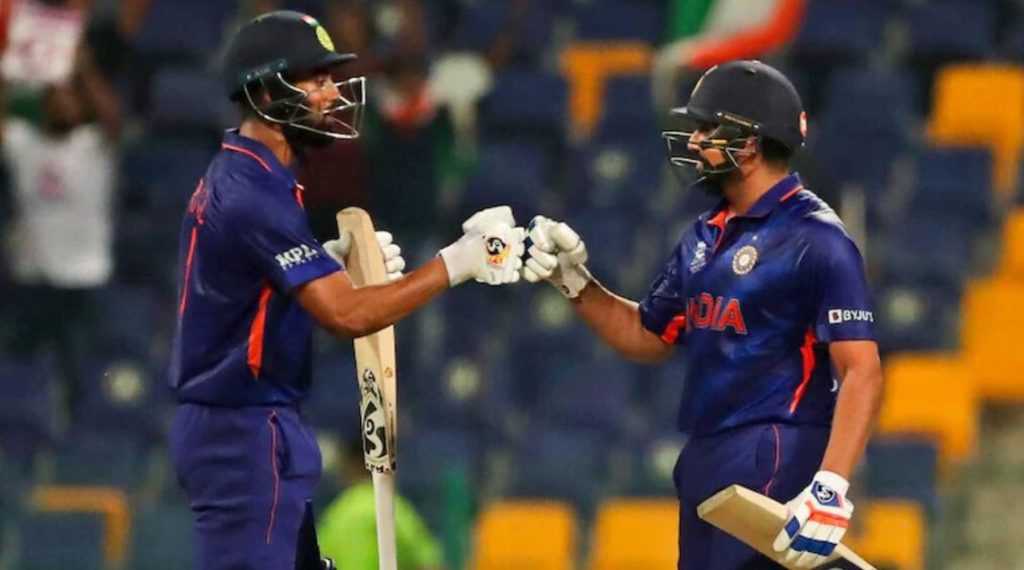 Aakash Chopra further praised KL Rahul’s performance as an opener in the team. He also added that he is convinced that even if India is looking ahead, KL Rahul and Rohit Sharma could be the flagbearers of the Indian T20 side. He said,

“Rahul with him (Rohit), once again I will just reiterate, in my opinion, he is India’s best T20 batter. You should keep him up the order. Don’t change that at all – whether it is left-right, matchups, or anything.”

“If India has to look ahead, they have to go with Rohit and Rahul, Rohit-Rahul Dravid and Rohit-KL Rahul. I am completely convinced. If you want to play a different brand of cricket, they could be your flagbearers,” Aakash Chopra added.