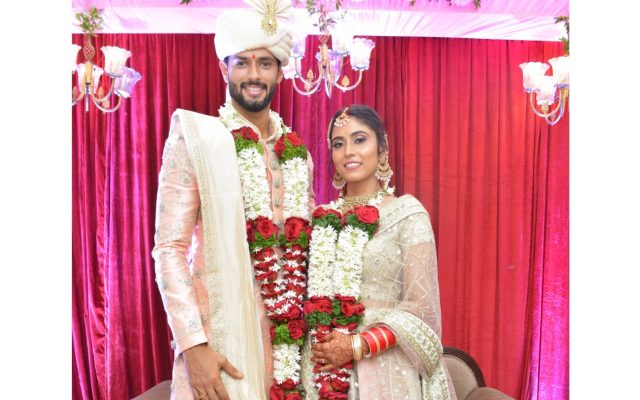 Team India all-rounder Shivam Dube recently got married to his longtime girlfriend Ajum Khan in a private wedding in Mumbai. The cricketer took to social media to share the news with his millions of fans.

Shivam Dube’s first Ranji Trophy season saw him finish with a whopping 23 wickets and 632 runs under his belt. Dube’s hard-hitting abilities and exploits with the ball ensured a permanent slot for him in Mumbai’s domestic circuit. The major breakthrough in the 28-year-old’s career came when the IPL franchise RCB paid a staggering amount of INR 5 crore to acquire his services during IPL 2019.

Shivam Dube has played 13 T20Is and one ODI for India

However, the young all-rounder failed to justify his heavy paycheque. Just like IPL, the Mumbai Stalwart has failed to deliver any impressive performances in international cricket. Since his debut against Bangladesh in November 2019, the left-hander has featured in 13 T20 Internationals scoring 105 runs and picking only five wickets. Dube’s last outing in the Indian colors came against New Zealand in February 2020.

Shivam Dube was last seen in action during the now-suspended IPL 2021 plying his trade for Sanju Samson-led Rajasthan Royals. He played six matches scoring 145 runs, with the highest score of 46 runs.

He will look to keep up the good run when the tournament resumes in the UAE in September-October.