India made a stunning comeback in the first ODI against England and defeated them by 66 runs. At one point the England openers were running away with the contest but Indian bowlers stood up and produced a remarkable turnaround. Now the focus shifts to the 2nd ODI of the series which will be played on Friday in Pune.

In the last match two premier batsmen of India, Rohit Sharma and Shreyas Iyer injured themselves and couldn’t take much part in the field. In this feature, we look ahead at the predicted XI of team India for the second T20I. If Rohit and Shreyas are unable to play who are their likely replacement when India will be aiming to finish the series in the second ODI itself.

India’s Predicted XI For The 2nd ODI Against England 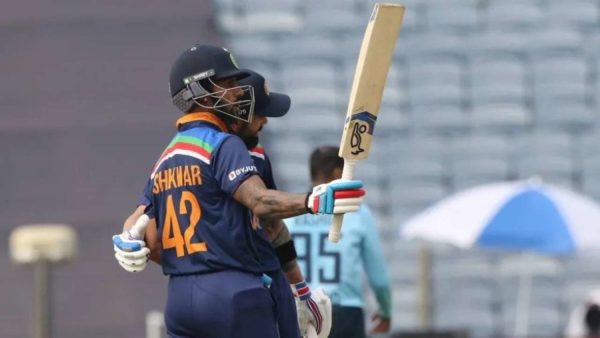 After his brilliant man of the match performance in the 1st ODI, Dhawan has silenced all his critics. Dhawan scored 98 and was the highest run-scorer of the  Indian innings in the opening ODI. He may have missed a century but Dhawan was happy to contribute to India’s win which he will be looking to replicate in the second encounter.