We gear up for the ultimate battle as the most awaited India – England series is all set to kick off in Chennai on 5th February. Both sides will be entering the series after series wins in Sri Lanka and Australia which is why both teams will be high on confidence going into the series.

The first couple of Test matches will take place in Chennai post which the final two Tests will be played in Ahmedabad, one of which is a day-night Test. As we take a look at both sides, India and England will be featuring a full-strength side except for a few exceptions in the Indian team as Hanuma Vihari and Ravindra Jadeja have been ruled out due to injuries sustained during the Australia tour.

This series would mark the return of Virat Kohli to the Indian side and also the return of the apparent battle between Kohli and Anderson which has been going on since the 2014 England tour. Well, this won’t be the only battle we’d look forward to as we take a look at the 4 battles to watch out for during India vs England Test series.

Let’s Take A Look At The 4 Battles To Watch Out For During The India vs England Test Series: 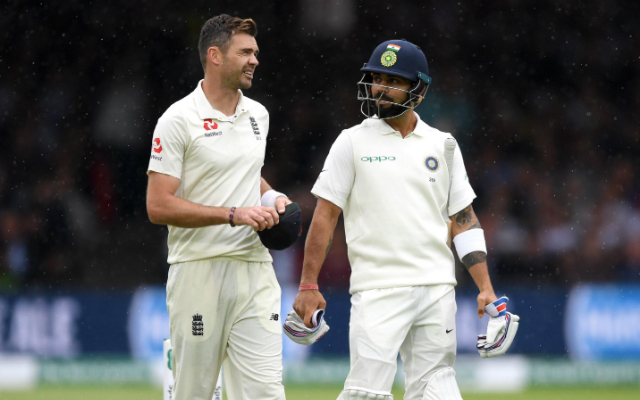 The battle between Virat Kohli and James Anderson has been going on since 2014 where Kohli immensely struggled in the line outside off stump as on most occasions he ended up edging them towards the slips cordon. But just as how times changed, Kohli’s approach saw a sudden shift as while comparing to his 2014 statistics against Anderson to his 2018 statistics, there was a considerable difference.

In 2014, Anderson dismissed Kohli four times in 50 balls while in 2018 Anderson failed to dismiss Kohli on all occasions. It would now remain to see how Kohli would fare up against Anderson during the Test series in India