Team India suffered their only second home Test defeat since 2014 when India battled it out against England at the M.A Chidambaram Stadium where England won the match by a massive margin of 227 runs. With the 2nd Test starting on 13th February at the same venue as the first Test, hosts India will look to bounce back.

Virat Kohli will be under tremendous to lead India to a win in the upcoming Test since after multiple experts are of the opinion that if in case Kohli lets the series slip away from India, Ajinkya Rahane should take over as the skipper in the longest format.

Kohli’s captaincy record in the last 4 Tests has been on the other side, which started from India’s tour of New Zealand in February 2020 where India lost both the Tests followed by India’s Adelaide debacle under the captaincy of Virat Kohli where India were bundled down to 36/9. In the aftermath, after Virat Kohli went for paternity leave, Ajinkya Rahane led India to a 2-1 series win in Australia marking India’s consecutive Test series win in Australia.

Speaking about the team combination, Axar Patel and Kuldeep Yadav are likely to be included in the playing XI in place of Shahbaz Nadeem and Washington Sundar. Left-arm spinner Shahbaz Nadeem had a fairly average first Test after having bowled 9 no balls in his 59 over spell across both innings which included just 4 wickets will surely face the axe for Chinaman Kuldeep Yadav.

While Washington Sundar may seem unfair to most of us since the youngster played an integral part in India winning the Brisbane Test where his heroics with the Bat helped India stay in the match. But with Washington’s bowling not being as effective as his batting, Axar Patel is touted to replace the local boy who is expected to fulfil the role of Ravindra Jadeja in the side.

During the first Test, Rishabh Pant fell in the nineties once again and his conversion rate of nineties to centuries is the joint second-worst of any Test batsman to have reached 90 at least five times. Rishabh Pant will look to get rid of by converting his nineties score into a three-figure score.

On the other hand, England’s wicketkeeper Jos Buttler has headed back home in accordance with England’s player rotational policy, which means Ben Foakes will be seen donning the gloves in the 2nd Test despite Jonny Bairstow being in the squad. Seamer James Anderson who picked up 5 wickets in the first Test has also been rested while Stuart Broad.

In the spin bowling department, Dom Bess has made way for the experienced Moeen Ali. While Jofra Archer was expected to start the 2nd Test was, has now been ruled out with discomfort in his right elbow. Instead, Chris Woakes and Olly Stone have been named in the 12-man squad for the 2nd Test.

India vs England 2021, 2nd Test at MA Chidambaram Stadium starting from 9:30 AM IST

India have an impeccable record at home since 2014, having lost just 2 Tests in last 7 years. The first defeat came against Australia in 2017 in Pune while the 2nd defeat came in the first Test of the ongoing Test series.

Going by India’s record at home, it’s saved to say despite having lost the first Test, India are still favourites to win the 2nd Test against England though the momentum will be with England who’re on a winning streak at the moment.

Afghanistan To Play 2 Test Matches Against Zimbabwe In Abu Dhabi 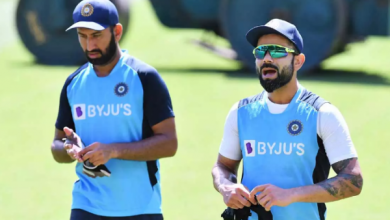 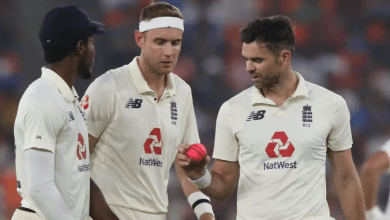 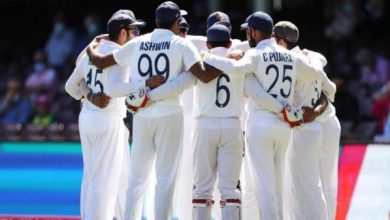