Indian cricketer Krunal Pandya and his wife Pankhuri announced the birth of their first child today, July 24. The couple informed the fans about the joyous news through their social media profiles by sharing a picture of them with their newborn. They also revealed the name of their son to the fans through their Instagram post. Since then, wishes have poured in for the couple on social media.

Krunal Pandya and Pankhuri named their son, Kavir. Their Instagram post has gathered more than 1,00,000 likes already and lots of wishes from their friends and their fans. Krunal’s brother Hardik Pandya also congratulated his brother and sister-in-law to mark the occasion. He shared a picture on his social media and tagged both Krunal and Pankhuri.

Sharing the news with the fans, Krunal and Pankhuri posted a couple of pictures and captioned them, “Kavir Krunal Pandya.”

Krunal and Pankhuri had gotten married to each other in December 2017. Indian cricketer KL Rahul, Mohsin Khan, Hardik Pandya’s wife Natasa, and Sachin Tendulkar’s daughter Sara Tendulkar are among the few who have shared their wishes for the couple on the birth of their first child. 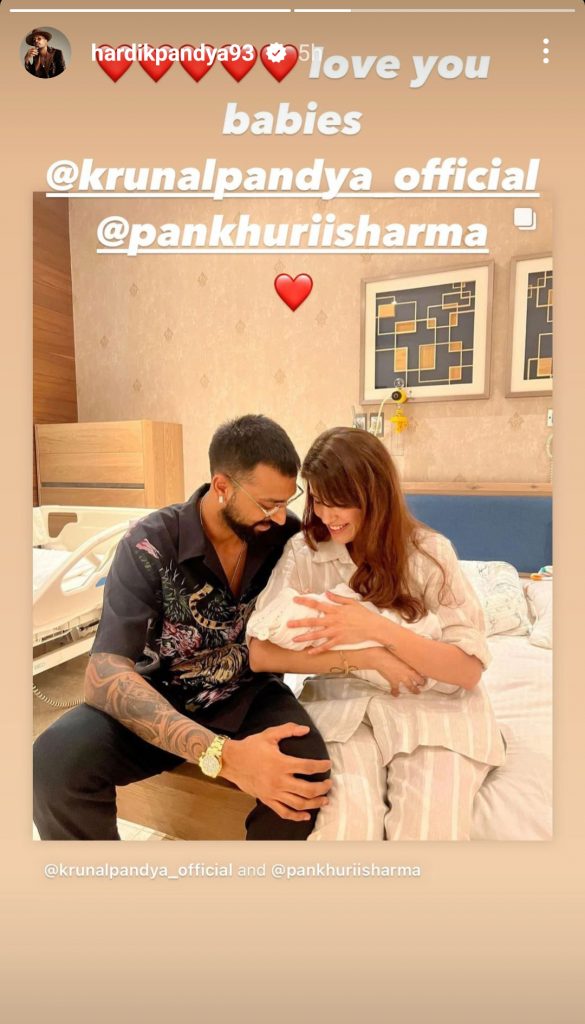 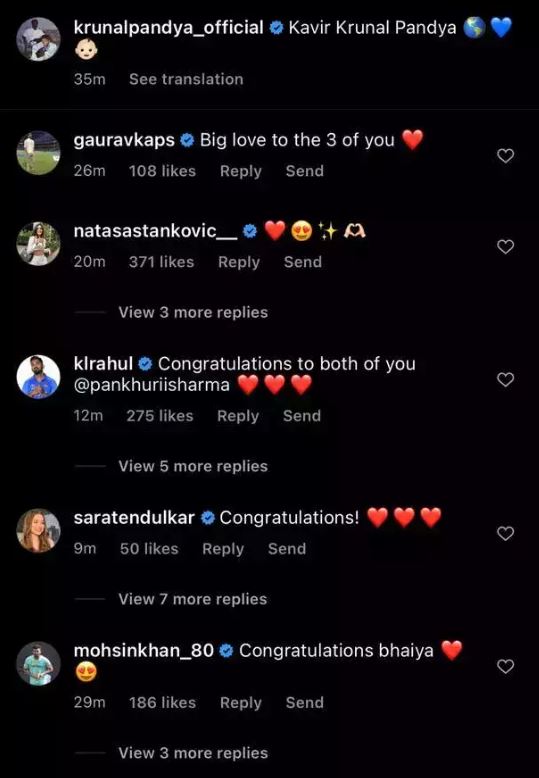 All-rounder Krunal Pandya has been out of the Indian team for a while. He will be heading to the United Kingdom to play for Warwickshire in the Royal London One Day Cup next month. Krunal will be keen to put up a good performance in the tournament and eye a comeback in the Indian team. Speaking about his appointment and the opportunity to play for Warwickshire, Krunal Pandya said,

“I’m extremely excited to get the opportunity to play county cricket and to join such a historic Club as Warwickshire. Edgbaston is a special place to play cricket and I can’t wait to call it my home.”