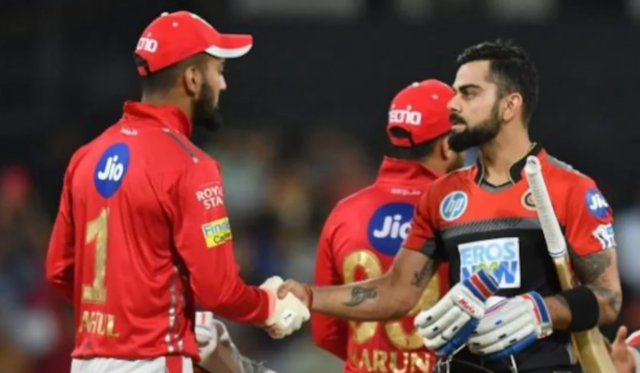 The first week of the 13th edition of the Indian Premier League (IPL) has been filled with excitement and nerve-wracking matches. Another such tie is on the cards when Royal Challengers Bangalore (RCB) lock horns with Kings XI Punjab (KXIP) at the Dubai International Stadium. We bring you today’s match prediction from RCB vs KXIP game.

Going into this game, Bangalore will want to build on their rare first-match win and make it two out of two rather than leaving it for the business end. Devdutt Padikkal and AB de Villiers played lightning knocks with other rallying around them.

However, their concerns will once again be their bowling like other seasons.  As good as Navdeep Saini and Yuzvendra Chahal were, both their new-ball bowlers Dale Steyn and Umesh Yadav proved far too expensive for their liking.

Meanwhile, they will continue to miss their million dollar-buy Chris Morris, who is still nursing a hamstring injury. It will give Josh Phillipe, who looked in all sorts of discomfort against Chahal another opportunity to built his reputation.

For Kings XI Punjab, debutant Ravi Bishnoi and Mohammed Shami bowled extremely well; however, death over bowling was wayward. The KL Rahul-side will have ponder this aspect as they aim to come back to winning ways after Super Over defeat against Delhi Capitals.

On the batting front, Punjab might bring in Chris Gayle after a collaborative failure leaving Mayank Agarwal alone. Hadn’t it been his knock, Punjab would have suffered a more humiliating defeat. A better show with the bat is all Punjab might need at the moment to open their account.

The captains winning the toss have preferred chasing on this ground, a trend that might continue with dew increasingly becoming a decisive factor. Meanwhile, the slow bowlers can once again play a part with some bounce with the new ball.

The two teams might have an even-steven 12-12 head-to-head record, but it is Virat Kohli’s team who have had the wood over KXIP. They have won their previous four encounters and will start as the favourites. However, you cannot rule out Punjab, who have some serious match-winners in their ranks.

As a result, Bangalore will start as slight favourites and will have a chance to go at the top of the table.