It is time for the battle between two sides who have lost their opening matches this year. Yes! we’re talking about the Kolkata Knight Riders side led by Dinesh Karthik and the Sunrisers Hyderabad side led by David Warner. Both teams are regarded as underdogs but haven’t yet got off the mark this year.

If we look at the overall record in the IPL of both sides, KKR have won the title twice while SRH have won it once in 2016.

Both sides consist of the best players to have ever featured in the history of T20 cricket. From David Warner to Andre Russell to Rashid Khan its an ultimate battle between the best in the business. Though all these players are yet to click in this year’s IPL, we can surely expect them to perform in the upcoming match as we all know how promising these players are in T20 Cricket.

Let’s take a look at the top 5 key players to watch out for in KKR vs SRH game: 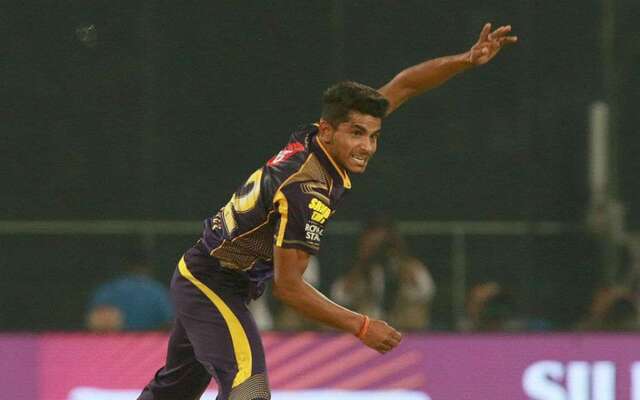 The youngster is one of the most talked pace bowlers in the KKR setup along with Kamlesh Nagarkoti. Well, the other day it was a toss-up between Shivam Mavi and Kamlesh Nagarkoti for the Kolkata Knight Riders’ match against Mumbai Indians. Getting a nod ahead, Mavi did well bowling the opening and death overs.

At the beginning of the match, he dismissed Quinton de Kock for a low score and then also went onto pick the wicket of the well-set Rohit Sharma in the end.

Since he possesses quite a few variations, he’s a valuable asset for the KKR side this year and that day won’t be far when we see Shivam Mavi opening the bowling for India.