The Rajasthan Royals are all set to take on the Kings XI Punjab at the Sharjah Cricket Stadium as two teams look to get their second win of the season on board here. It’s also going to be a contest between two batting sensations, It’s Sanju Samson vs KL Rahul as both batsmen have put up a stellar show in the previous game.

This game at the Sharjah Cricket Stadium is expected to be a high scoring affair just like the last game between CSK and RR where Rajasthan emerged winners. Since the boundaries at the historic stadium are short especially the straight boundaries, batsmen would look to go hard at the bowler’s as they would look to pose a high total batting first.

Since due might just be a factor batting second, the teams are less likely to bowl first after winning the toss. With the game expected to be high scoring, affair lets analyze the five key players we should watch out for.

Let’s take a look at the 5 key players to watch out for in RR vs KXIP Game: 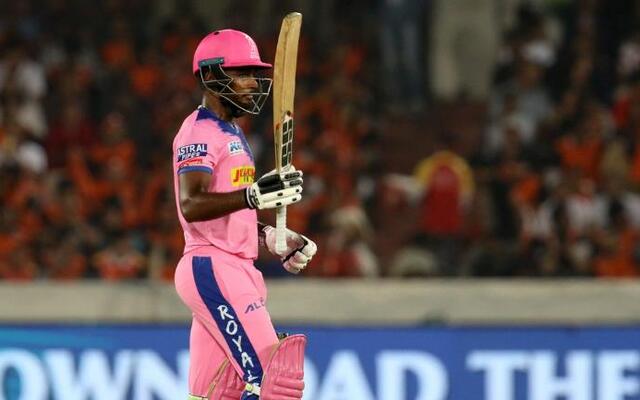 After having an explosive start to the tournament against CSK, the youngster will be looking to replicate the same against KXIP. As we all know he’s coming into this tournament as an India player since he made his T20 debut for India earlier this year.

Though he hasn’t really glorified himself yet in the blue jersey, many consider him as the future of Indian Cricket. Following his superb innings against Chennai, Samson will certainly be one of 5 players to watch out for in RR vs KXIP game.

Which is why all our eyes should be on Sanju Samson in today’s game as he’s one player we all should watch out for. Since the more runs he scores and more games he finishes off for the franchise, the more his chances to be a long term India player would increase.