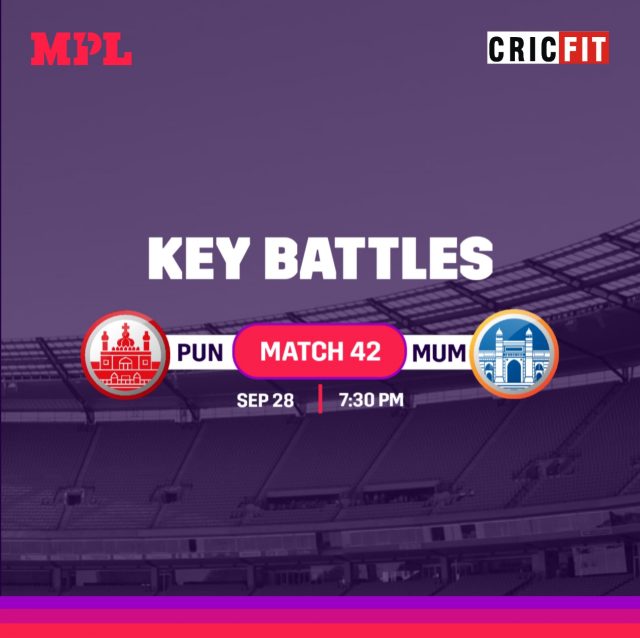 Both teams have strived for consistency in the second half which makes this clash all the more important. PBKS’ old habit of losing games from potentially winning positions will be put to test.

🗣“The focus is to take 2 points and make ourselves stable on the points table!” 🔢

MI are best known to make a comeback after losing the first few games and the time is apt for them to do so. Both teams need to win all their matches which makes this match all the more interesting. Skipper Rohit Sharma after losing to RCB spoke about looking forward to the future.

On that note, let’s take a look at 3 key battles from the MI vs PBKS tie in Abu Dhabi for MPL fantasy cricket:

Both the players involved in this battle are the prime players for their respective teams. Mayank has scored 332 runs in nine games so far while Bumrah has taken 14 wickets from 10 games.

Getting into the head-to-head battle between the two teams, Bumrah has got the better of Agarwal dismissing him thrice in five innings. The right-hander has scored just six runs against the pacer.

KL Rahul has an IPL ton to his name against the MI. These two players have been involved in top battles in the past and once again will be up for it.

Rahul sitting second on the Orange Cap list has got the better of Bumrah. In nine games he has scored 104 runs with the pacer dismissing him just twice. Rahul has had a fair share of his domination against Bumrah and is possibly lining up for one more.

Rahul has another heated battle against Tim Southee lined up for him. He will face Trent Boult from the other end along with Jasprit Bumrah. Rahul has scored freely against Boult with a strike rate over 200.

73 runs in five innings with just one dismissal makes KL Rahul win the battle against Boult.