Former cricketer Michael Vaughan feels Mumbai Indians are struggling in the UAE leg of the Indian Premier League 2021 because their batting group has lost confidence. The Rohit Sharma-led team lost their sixth match this season on Sunday.

They fell 54 runs short of the target of 156 runs against the Royal Challengers Bangalore. In a discussion on Cricbuzz, Michael Vaughan stated that the engine room of the Mumbai Indians team has lost its confidence. He said:

“Particularly that engine room for the Mumbai Indians has lost the confidence, they haven’t lost completely because they are all very good but just for this split second in their careers, a few of them have lost confidence.”

“I think what it shows is that T20 cricket is the one format where if you lose your confidence as a batting group… it’s the hardest to get back into form because you don’t have the time, that element of the 50-over game where you can bat 10-15 balls, or Test cricket where you can play for time. In T20 cricket you still have to be proactive and play your shots and then fortune might not go your way and you lose more confidence,” he added.

“Mumbai Indians is the only team that could come out of hole, but it’s hard given the loss in confidence” – Michael Vaughan 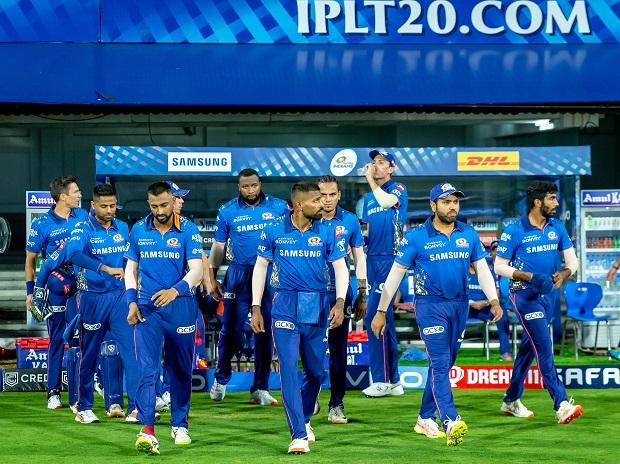 The defending champions are reeling at seventh position in the tournament, with 8 points in 10 matches. After two consecutive big losses, against Kolkata, and Bangalore, Mumbai’s Net Run Rate has also taken a major hit and is -0.55.

Michael Vaughan opined that the Mumbai Indians are the only side that can make a comeback from this position, but that can only happen if their batting group gets back the confidence. He said,

“I would say that Mumbai is the only team that could possibly come out of this hole and win the remaining games. But it’s very hard when so many players have lost confidence with their batting.”