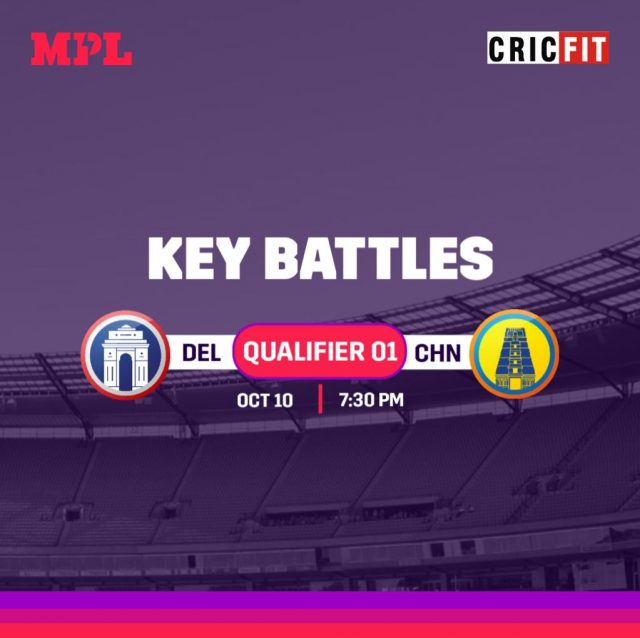 The League stage of the Indian Premier League (IPL) is now over. Chennai Super Kings (CSK) are all set to take on Delhi Capitals (DC) in the first qualifier of the IPL 2021. Whichever team wins in this match, will directly make it to the final. On the other hand, the losing team will get one more chance to reach the final. The team that loses in CSK vs DC Qualifier 1 match will take on the winner of the Eliminator match between the Kolkata Knight Riders (KKR) and Royal Challengers Bangalore (RCB) on Monday.

The CSK top order has been in super form. Especially opener Rituraj Gaikwad seems to be in the best rhythm of his career and his opening partner Faf du Plessis is supporting him well. CSK openers Rituraj and Faf du Plessis have helped CSK get off to a great start in almost all matches of the UAE leg of the IPL 2021. In this match, Chennai will come with full force, so Suresh Raina might possibly return in the playing XI, replacing Robin Uthappa in the playing X1.

On that note, let’s take a look at 3 players who will be under the spotlight during CSK vs DC Clash during the MPL Fantasy Cricket:

Even if Prithvi Shaw is leading the Safari Super Striker of the season table, he looks a bit rusty against CSK fast bowler Deepak Chahar. Prithvi top of the order has been exceptional for the Dehli Capitals and will be interesting how he goes about his innings in today’s encounter against the Dhoni-led Chennai Super Kings.

He’s just scored 62 runs in 8 matches, and out of those 8 matches, Deepak Chahar has dismissed him 6 times.

Dehli Capitals Skipper Rishabh Pant has looked good in the captaincy role so far in this edition of the IPL 2021. He’s been good with the bat for the Dehli Capitals. He has not had big scores but has led the team through the finishing line whenever needed.

Against CSK left-arm spinner Ravindra Jadeja, Pant does not look good. He’s scored 59 runs in his 8 innings against him, and he’s dismissed Rishab twice. Will be interesting to see how the Capital’s skipper goes against him tonight.

Ravichandran Ashwin has got the better of Rayudu whenever they have faced each other. Ashwin has dismissed him 4 times in the last 14 innings and has just been able to score 88 runs against the Indian spinner.

In today’s encounter, both these experienced campers are very important for their respective teams. Both will play a crucial role in their team’s victory.