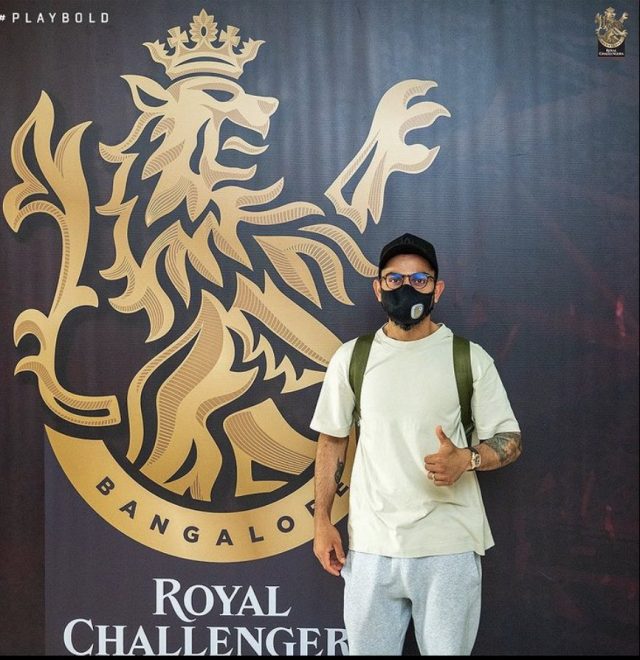 Indian Premier League (IPL) franchise Royal Challengers Bangalore (RCB) skipper Virat Kohli and fast bowler Mohammed Siraj have landed in the UAE to participate in the second phase of IPL 2021. The UAE leg of the tournament is scheduled to commence on September 19.

Incidentally, both Kohli and Siraj were part of the Indian team playing a five-Test series in England. After the fifth Test between India and England was called off due to the COVID-19 scare, Virat Kohli and Mohammed Siraj boarded a chartered plane from the UK to travel to the UAE.

RCB took to their official Twitter handle to welcome the two stars. They captioned the post as:

“The news you’ve all been waiting for: King Kohli and Miyan Magic have joined the team in Dubai.”

The news you’ve all been waiting for: King Kohli and Miyan Magic have joined the team in Dubai. 🤩

Virat Kohli’s RCB are currently placed third in the points table after Delhi Capitals and Chennai Super Kings. They have accumulated 10 points from seven games and will be desperate to end their trophy drought this time around.

RCB, who are yet to win the illustrious IPL title, have added the likes of Wanindu Hasaranga, Dusmantha Chameera, Tim David, and George Garton as replacements for the second half of IPL 2021.

Meanwhile, ahead of the season, RCB made some interesting additions to their side ahead of the 2021 IPL in Glenn Maxwell and Kyle Jamieson. Maxwell’s addition has taken some pressure off the legendary RCB duo of AB de Villiers and Virat Kohli. The Australian has scored 223 runs in seven games so far, playing an important role for the RCB.

AB de Villiers himself has scored 207 runs, single-handedly winning RCB a couple of games. Jamieson has contributed with nine wickets and has also proved to be a smart addition.

It will be interesting to see if they end their trophy drought in IPL 2021.