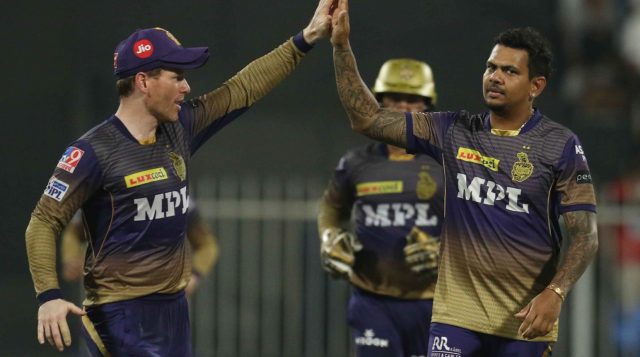 In a video on Aakash Chopra’s YouTube channel, he highlighted that Sunil Narine’s spell shifted the match in KKR’s favor. He said,

“Sunil Narine came and shined. He picked up four wickets. He dismissed Virat Kohli, Bharat, Maxi, and AB and that’s about it. That was game, set, match and everything else.”

“RCB’s success formula has been that they are not a one-man team – they had Kohli, Padikkal, Bharat, Maxi, and AB – but Sunil Narine cleaned up all of them,” he added.

The Royal Challengers Bangalore batters failed to counter Sunil Narine. Except, skipper Virat Kohli’s 39, the rest of the batting unit did not contribute much. They managed to score only 138 runs in 20 overs at the loss of seven wickets.

Aakash Chopra analyzed the batting performance of the Royal Challengers Bangalore. He stated that Glenn Maxwell should have played with more responsibility. Aakash Chopra said

“AB de Villiers’ lack of form came back to bite you. When you look back, you should have probably given him a chance to play more deliveries. Maxi’s shot I thought was not required because his [Narine’s] spell was about to get over. You were the only one left and you had to take them forward.”

“Whenever you are surrounded by clouds of despair, guruji has said that you should remember Lord Narayan and he will come for you. KKR got the win in the encounter between Sunil Narine and RCB,” he concluded.