Chetan Sakariya is a part of the Rajasthan Royals contingent that reached UAE on September 3. The players are undergoing the mandatory quarantine period before they get onto the field for their first practice session. The Royals are placed fifth on the points table with three wins from their first seven games.

Meanwhile, in a video released by Rajasthan Royals official Twitter handle, Chetan Sakariya spoke about his ambitions of playing 100 Test matches for India and also about his current IPL skipper Sanju Samson. The youngster made his first-class debut in the 2018-19 Ranji Trophy season, taking a five-wicket haul in the first innings that he bowled. 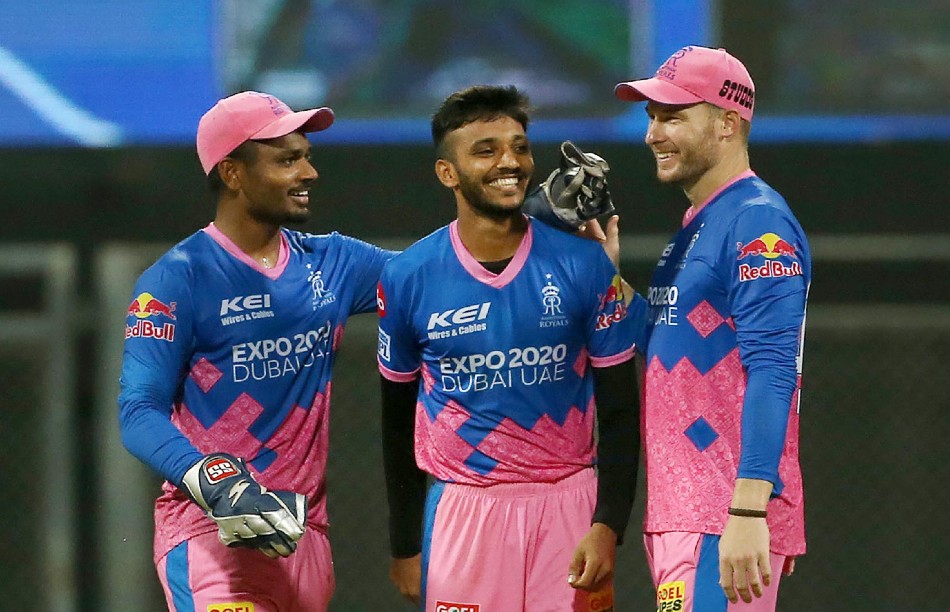 Speaking about Sanju Samson he said that Samson is someone who backs youngsters. Sakariya further added saying that he takes all the pressure on himself leaving him to do what he likes.

“I’ll say Sanju (Samson) is a captain who supports youngsters a lot. Sanju doesn’t let extra pressure come to you. Like when I made my debut, there was a lot of pressure on me. But he took that pressure on himself and told me to bowl freely.”

Sakariya took seven wickets in the first half of the IPL. He would look to get some more in the UAE leg given his changeups and slower balls are his top deliveries.

Sanju Samson scored 277 runs in the first seven games averaging 46.16 including a century against Punjab Kings in the side’s very first game. Ahead of the next season, the Royals have roped in Tabraiz Shamsi and Glenn Phillips as replacements for Jofra Archer and Andrew Tye. The absence of Ben Stokes, Jos Buttler and Jofra Archer has already been a big loss and the side will struggle to find ideal replacements.