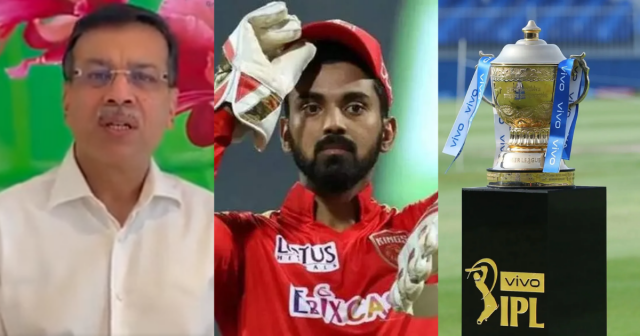 The owner of the Lucknow IPL team, the RPSG group had asked the fans to decide the name of the team. Sanjiv Goenka announced the team name on Monday and thanked all of the fans who took part in the “Naam Banao Naam Kamao” contest.

Goenka revealed that the team will be known as the “Lucknow Super Giants”, putting an end to weeks of suspense. Last year, the Lucknow franchise was bought for Rs 7090 crores by the RPSG group, which is owned by Sanjiv Goenka. RPSG group had earlier bought the Pune franchise for two seasons of IPL (2016 and 2017) and named it Rising Pune Supergiants.

Ahead of the 2017 season, the ‘s’ at the end of Supergiants was striked off and the team was called Rising Pune Supergiant. An astrologer had told the owner that removing the ‘s’ will be good for the team, which finished at the 7th place in IPL 2016 points table. Funnily the fortunes of the side actually changed in the 2017 as they ended up being runners-up losing the final to Mumbai Indians.

On January 21, KL Rahul, Australian all-rounder Marcus Stoinis, and uncapped leggie Ravi Bishnoi were all signed by the Lucknow franchise for Rs 17 crores, Rs 9.2 crores, and Rs 4 crores, respectively. KL Rahul is now the joint-highest paid player in IPL history, alongside Virat Kohli, who earned the same amount for RCB between 2018 and 2021.

The Lucknow Supergiants would enter the auctions with a purse of INR 59 crores. Andy Flower will coach the side led by KL Rahul.

On 12th and 13th of February, the 2022 IPL mega-auction will be held in Bengaluru. The season is set to kick off in late March and last till the end of May.