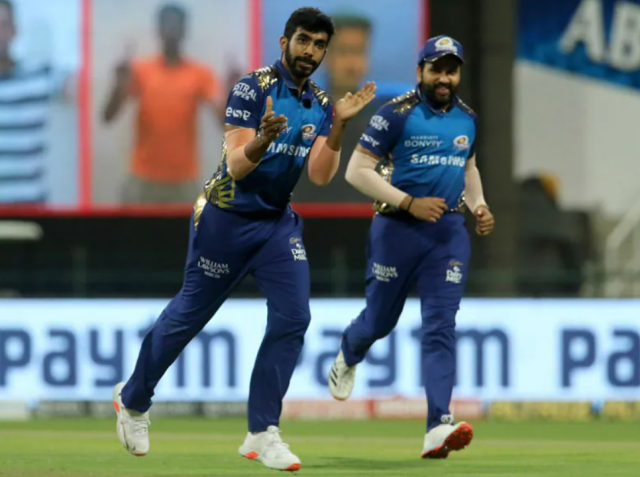 Mumbai Indians are likely to retain Rohit Sharma and Jasprit Bumrah as per reports in ESPN Cricinfo. There are reports previously of the franchise retaining Kieron Pollard and Ishan Kishan as well. The BCCI has set November 30 as the deadline for the eight original IPL teams to release the list of players they have retained. All 8 franchises can retain a maximum of four players and a maximum of three overseas players. Lucknow and Ahmedabad – can buy upto three players each from the pool after the original eight teams have made their retentions. Meanwhile, if Mumbai Indians retain four players Rs 42 crore (Rs 16 cr, Rs 12 cr, Rs 8 cr and Rs 6 cr) will get deducted from their purse. This also means that the likes of Hardik and Krunal Pandya and Trent Boult will be back in the auction pool which will make the auction quite interesting.

Various cricket experts have given their opinion on whom the franchise should retain. Irfan Pathan revealed his choices that could make it on Mumbai Indians’ retention list.

“Rohit Sharma number 1, Jasprit Bumrah number 2, number 3 Kieron Pollard and number 4, I’m very clear on that, Ishan Kishan. He’s 23-years-old and has shown glimpses of what he can do and achieve.”

“He’s a solid hitter when it comes to having a left-hand batsman at the top of the order and you can definitely invest in him because he will have at least 10 years of a good level of cricket, so Ishan Kishan,” Irfan said on the Star Sports show ‘Game Plan – IPL Retention Special’

Likely Players To Be Retained By Franchises As Per Cricinfo