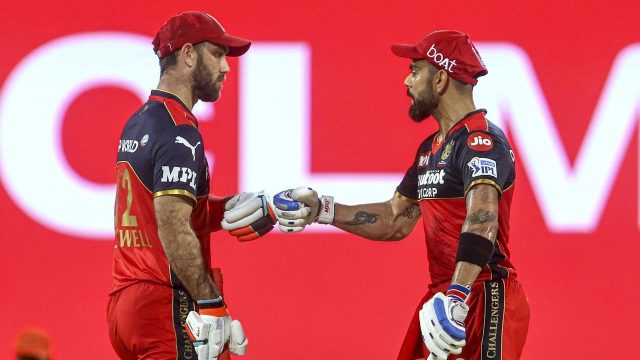 Royal Challengers Bangalore have retained Virat Kohli, Glenn Maxwell and Mohammed Siraj as their four picks. The retention picks were announced during a special IPL retention show on Star Sports. Though Kohli has stepped down as RCB captain, he will continue to play as a player. Yuzvendra Chahal has been released by the franchise.

Kohli and Maxwell retain the batting core of RCB in the absence of AB De Villiers. Mohammed Siraj represents the Indian bowling as the franchise have been able to retain their overall core to some extent.

Among the notable releases from the franchise are Harshal Patel and Devdutt Padikkal. Harshal for instance ended as the highest wicket-taker in IPL 2021 with 32 wickets winning the purple cap as well.

According to the rules laid by the BCCI, each existing team was allowed to retain up to four players. The four players could include, two Indians and two overseas, or three Indians and one overseas. The teams were allowed to retain two uncapped players. Each team was allocated a salary purse of 90 crores, however, after retaining three players RCB has a remaining salary purse of 57 crores. The mega-auctions are likely to be held in January next year.

RCB will be on the lookout for an experienced cricketer who also takes up the mantle of captaincy. Someone like David Warner should be in their radar after Sunrisers Hyderabad released him in the auctions.