The Ireland cricket team is all set to host India for a T20I series starting from June 26 in Dublin. The series consists of two matches, with the second one to be played on June 28 at the same venue.

All-rounder Hardik Pandya has been assigned the leadership role as the senior players are unavailable for the series. The senior pros will be preparing for the fifth test match against England at the same time. The Indian squad for Ireland tour boasts of young talented Indian players.

The likes of Dinesh Karthik, and Ishan Kishan, who did well against South Africa have been included in the team. With the ICC T20 World Cup 2022 around the corner, the players will be keen to make an impact and put forward their case for a spot in the team.

On that note, let’s take a look at India’s predicted playing XI for the T20I series against Ireland starting from June 26 in Dublin.

Batters Ruturaj Gaikwad and Ishan Kishan are likely to continue to open for India in the T20I series against Ireland. Ishan Kishan is coming into the series on the back of a brilliant performance against South Africa. He scored 206 runs in five innings at an average of 41.20 and a strike rate of 150.36.

Ishan Kishan slammed two half-centuries and was the leading run-scorer in the series. On the other hand, his opening partner Ruturaj Gaikwad failed to make the most of the opportunity. He managed only 96 runs in five innings at an average of 19.20. Gaikwad will be keen to get back in form and do well for India in the two T20I matches against Ireland.

Batter Suryakumar Yadav is making a comeback to the Indian team for the T20I series against Ireland. He suffered a left forearm muscle injury during the Indian Premier League 2022 season and was out of action for several weeks. However, before getting injured, Suryakumar looked in good touch. He scored 309 runs for Mumbai Indians in eight games including three half-centuries.

Along with Suryakumar Yadav, Venkatesh Iyer and Dinesh Karthik are likely to be in the middle order for India. Venkatesh Iyer was part of the T20I series against South Africa. However, he did not get an opportunity to play. The bowling all-rounder will be keen to make an impact against Ireland in the upcoming series.

Meanwhile, wicket-keeper batter Dinesh Karthik will be riding high on confidence after his brilliant performance in the South Africa series. He batted in the lower-middle order for India and played the finisher’s role for the team. Karthik averaged 46 in four innings, scoring 92 runs at a strike rate of 158.62.

All-rounder Hardik Pandya will make his captaincy debut for India in the T20I series against Ireland. He was Rishabh Pant’s deputy in the recently concluded SA series. Hardik’s leadership skills led the Gujarat Titans to the Indian Premier League 2022 title last month.

Speaking about his current form, Hardik Pandya did well with the bat against South Africa. He scored 117 runs in four innings at an average of 58.50 and a strike rate of 153.94 in the T20I series.

Hardik was a bit expensive with the ball and will be determined to improve in the upcoming matches. All-rounder Axar Patel too did not have a great series. He managed 23 runs in three innings and took three wickets at an average of 35.33 and an economy rate of 8.25 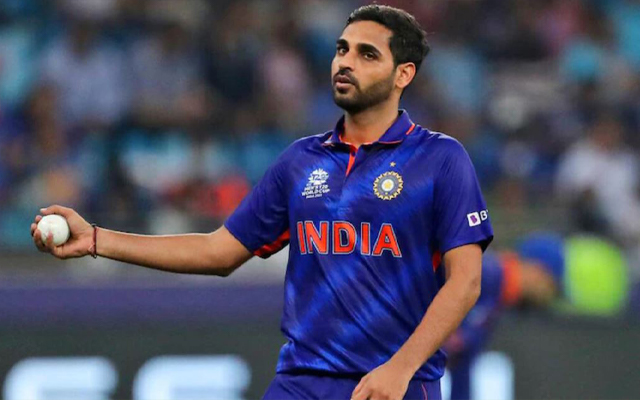 The Indian bowlers, Bhuvneshwar Kumar, Harshal Patel, and Yuzvendra Chahal performed well against South Africa in the T20I series. Bhuvneshwar won the Player of the Series award for his brilliant bowling performance. In four innings, he took six wickets at an average of 14.16 and an economy rate of 6.07.

Bhuvneshwar finished the series as the second leading wicket-taker. At the first rank, was another Indian pacer Harshal Patel who took seven wickets. Both Bhuvneshwar and Harshal took a four-wicket haul each in the series.

Spinner Yuzvendra Chahal too was effective with the ball, taking six wickets at an economy rate of 8.18. On the other hand, Avesh Khan had a decent series. He could manage to pick a single wicket in the first three matches. However, made a good comeback in the fourth T20I and took 4/18. The Indian team will be hoping that the bowling unit continues to prosper.