Jharkhand batsman Ishan Kishan has finally cleared BCCI’s newly laid fitness Test of running 2 km after TOI reported him of failing the Test along with five other Indian cricketers. As per  Times of India, he and five other players had flunked the test. The report had added that the players would be given a second chance as it’s a new test. Meanwhile, their failure to pass the fitness Test had put their selection in the upcoming white-ball series against in England in doubt.

Meanwhile, Ishant Kishan took to Instagram to update about him passing BCCI’s mandatory fitness Test. He posted a story of him passing the fitness Test along with Jaydev Unadkat and Siddharth Kaul. Later Unadkar tweeted the same picture from his official Twitter handle. 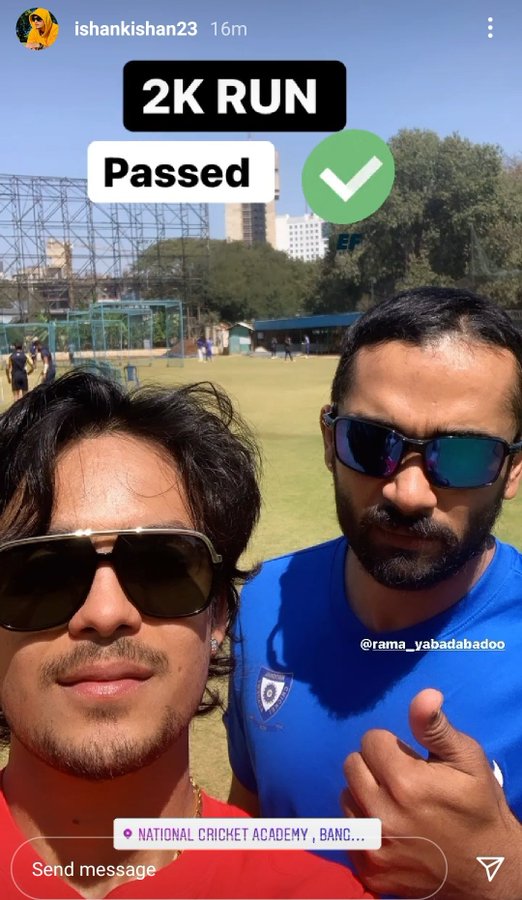 Apart from Kishan, Jaydev Unadkat and Siddarth Kaul have also cleared the fitness test. Unadkat has been away from the national team since 2018 while Kaul last represented the Men in Blue before the 2019 World Cup. Both the players are in line to be recalled as the regular pacers are likely to be rested.

The reason behind carrying out the drill was to select players for the upcoming T20I and ODI series against England at home. With the T20I world cup later this year, BCCI is giving opportunities to players to prove their mettle at the highest level for a spot in the World T20 squad.

In 2018, Samson, Mohammed Shami and Ambati Rayudu had did not clear the yo-yo take a look at, following which they weren’t included for the limited-overs games on the England tour.

A BCCI official said that passing this Test is mandatory to be eligible to play white-ball cricket. Also, he said that the decision was reached upon after proper discussion with the Indian coach and captain Ravi Shastri and Virat Kohli.