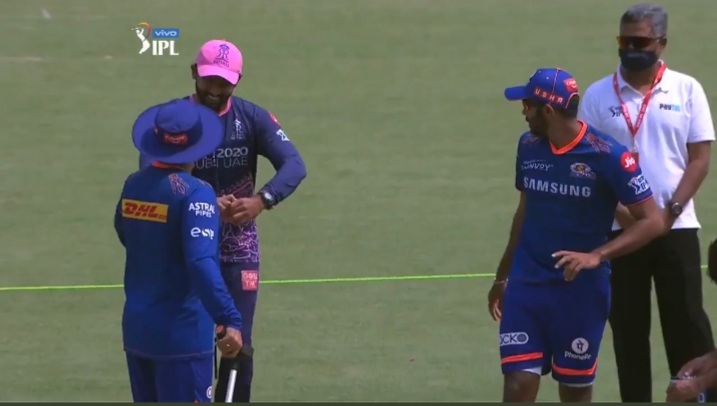 Jasprit Bumrah and Shreyas Gopal had a funny interaction with each other before the match this afternoon. Today there are two matches in IPL 2021, with defending champions Mumbai Indians taking on Rajasthan Royals in New Delhi. Before the match, when Bumrah was visualising bowling on the pitch, Gopal decided to impersonate his action.

The Rajasthan Royals spinner in front of Bumrah was seen recreating his unique run-up and his iconic bowling action. As expected Bumrah was amused and had a smile on his face. He quickly reminded Gopal that he too can copy his bowling action and quickly went to the bowling mark and delivered in his style.

Both Bumrah and Gopal have a lot of fun in net sessions during IPL. They both experiment and imitate the bowling actions of several bowlers. We have seen Bumrah doing it even when he plays for team India in international cricket. Gopal on the other hand has a special liking towards Bumrah’s unusual bowling action which he copies a lot during the Royals net session.

The duo seemed in good spirits before the match but it will be all business when they bowl during the match. The Mumbai Indians skipper Rohit Sharma won the toss and opted to bowl first. They have made surprised everyone by dropping Ishan Kishan and playing an extra fast bowler in Nathan Coulter-Nile.

Also Read: Watch- Prithvi Shaw Embarrassed As Saini And Siraj Have Fun With Him In A Hilarious Video