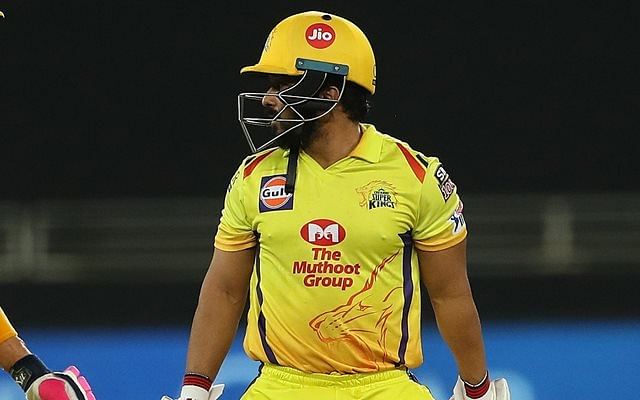 Sunrisers Hyderabad’s poor run in IPL 2021 doesn’t seem to end. They have now lost three matches on a trot after going down against Mumbai Indians by 13 runs at the Chepauk. Soon after their third defeat, all-rounder Kedar Jadhav, who has been warming the benches so far in the competition, started trending on Twitter.

Hyderabad got off to a blistering start through Jonny Bairstow and skipper David Warner too got a start. It seemed a cruise for the first 6-7 overs of the game. But as has been the norm in recent games, Sunrisers Hyderabad started losing the plot to the older, softer ball on a slow deck. Mumbai Indians well, did what they are habituated to doing, coming back from behind to startle the opposition.

The Orange Army didn’t address their middle-order woes in the IPL 2021 auctions and it has already started haunting them. Having three experienced batters in the middle order – Virat Singh, Abhishek Sharma, and Abdul Samad didn’t help their cause and they went down without fighting. The middle-order crumbled against the likes of Jasprit Bumrah and Trent Boult. From being 90 for two to getting all-out for 137 runs, Hyderabad have failed to put up a strong performance and if they don’t manage to arrest this issue; it will haunt for the rest of IPL 2021.

It sounds harsh may be but he is right. One experienced player like Kedar Jadhav could have changed the result. https://t.co/0yilpscwlX

"Kedar Jadhav"
Did they buy him for 2 crore to make him sit on the bench? Doesn't make sense! pic.twitter.com/zRuTypfK6V

Why @SunRisers doesn’t play Kedar Jadhav in place I’d say Manish Pandey. He was quite regular for CSK and looks to be perfect on this kind of pitches with his shot selection. Good against spinners too. @mufaddal_vohra @CricCrazyJohns

It's high time to try out Kedar Jadhav…we already ran out of sources, Kane is surely gonna play in the next game and give Jadhav a go, maybe he can solve this issue, you never know @SunRisers

They already have, Kedar Jadhav!!!!

Kedar Jadhav should have played today, in place of Manish Pandey.

Why kedar Jadhav has not given any chance by team ? Why trying with new youngsters all of them

Meanwhile, speaking at the end of the game, Sunrisers Hyderabad skipper David Warner said that his team needs to be smarter in their approach. He lauded the bowlers for being accurate, but he came down hard on the batters and urged them to learn from their mistakes.

“I don’t know how to take that. Two of us were set but it proves that if you don’t bat deep, you can’t win. That was my game-plan, a great piece of fielding from Hardik though. These are very much chaseable targets, if you get a partnership and if there is one person at the end, you can chase it down,” Warner said after the match.