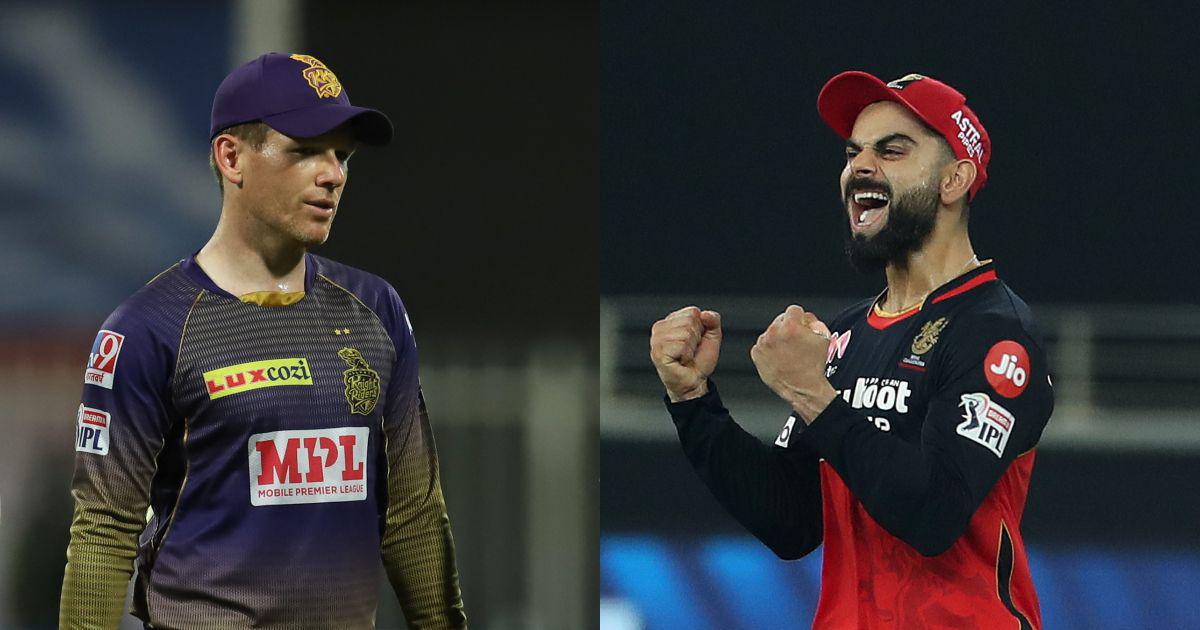 It’s just been a week since the IPL started but it already feels like a month. This is because we have had so much to talk about in this past week. From middle-order collapses to brilliant death bowling. From Sanju Samson falling inches short to Chris Morris proving his worth. We have seen it all. The good news is this is not the end. We have many more interesting things to come, as we gear up for one of the clashes that have a lot of history to it. It’s the Royal Challengers Bangalore that takes on the Kolkata Knight Riders at MA Chidambaram Stadium in Chennai.

This game is our first doubleheader this season and will be played at 3:30 on Sunday. RCB is coming into this game with back-to-back victories. They are high on confidence and Virat Kohli & Co. will want to maintain their winning streak. RCB won their previous game against the Sunrisers Hyderabad due to an admirable bowling performance. Their bowlers really pulled things back well and helped their team win by 6 runs. RCB is clicking together and will want this to go on.

Kolkata Knight Riders on the other hand a contrasting second game. They were on the receiving end of some great death bowling. They lost a game which they had in the bag. This was because of a heroic comeback by the Mumbai Indians’ bowlers. Jasprit Bumrah, Trent Boult, and Krunal Pandya just didn’t let Andre Russell and Dinesh Karthik get going. KKR would want to put this poor performance behind them and just focus on winning this one.

Royal Challengers Bangalore have certainly relied on their three stars, Virat Kohli, AB de Villiers, and Glenn Maxwell to do most of the scoring. One or the other has stepped up in each of the games. RCB will want their other batsman to chip in as well since they cannot always expect these three to do the job. Devdutt Padikkal who has just returned to the side is expected to do well in the coming games. Dan Christian also has not performed well with the bat and is due for some sixes in the slog overs.

Kolkata Knight Riders have had their own troubles with the bat. Youngster Nitish Rana has now scored back-to-back fifties. Their openers have been doing extremely well scoring most of the runs. Dinesh Karthik who looked in fine form in their first game, just couldn’t connect well against the Mumbai Indians. Eoin Morgan’s batting form is now becoming a worry. A performance like the one they had against Mumbai can be disheartening, but Kolkata Knight Riders are a top team and they will not let it affect their future games.

Royal Challengers Bangalore has found a new star in Harshal Patel. His medium-paced bowling has really helped them perform better on the Chennai wickets. The current Purple cap holder has picked up 7 wickets in two games for his team. He can extract reverse swing after the ball gets old which has really helped RCB in the death overs. Mohammad Siraj has forgotten his ghosts from the past and has started this tournament beautifully. In the previous game, he ended with figures 4-0-25-2. He has not only been economical but also picked wickets at crucial stages. RCB who have been criticized in the past about their bowling seemed to have found just the right combination.

One of the things that the Kolkata Knight Riders can be proud of is their bowling. Eoin Morgan who is known to be a fan of data analytics has put the data to good use. He exactly knows which bowler to use when and has rotated them perfectly. In both the games, he started with Harbhajan Singh, and not once has it back-fired. Andre Russell who bowled just two overs in the last game picked up 5 wickets. Although he has not been able to make his bat talk he certainly has performed well with the ball. KKR will be hoping to continue this bowling performance throughout.

Looking at the previous games only one game comes to mind. The game where RCB were all out for 49 runs the lowest total in the IPL history. They certainly have come a long way since then. They beat KKR in both the encounters last season. RCB are in red hot form to beat their arch-rivals.

The temperature is expected to be between 30-33 degrees celsius. It is going to be extremely humid. The Chepauk pitch is known to assist spinners and slow bowlers. The pitch might slow down even further in the second half making it even more difficult to bat on. Captains might choose to bat first after winning the toss.

Royal Challengers Bangalore- Daniel Sams has finished his quarantine and is back in the training camp. Although he is not expected to play as RCB might not want to change a winning combination and therefore might play the same 11.

Kolkata Knight Riders- KKR have no new injuries. Despite suffering a setback in the previous game they may go into this game with the same starting 11.