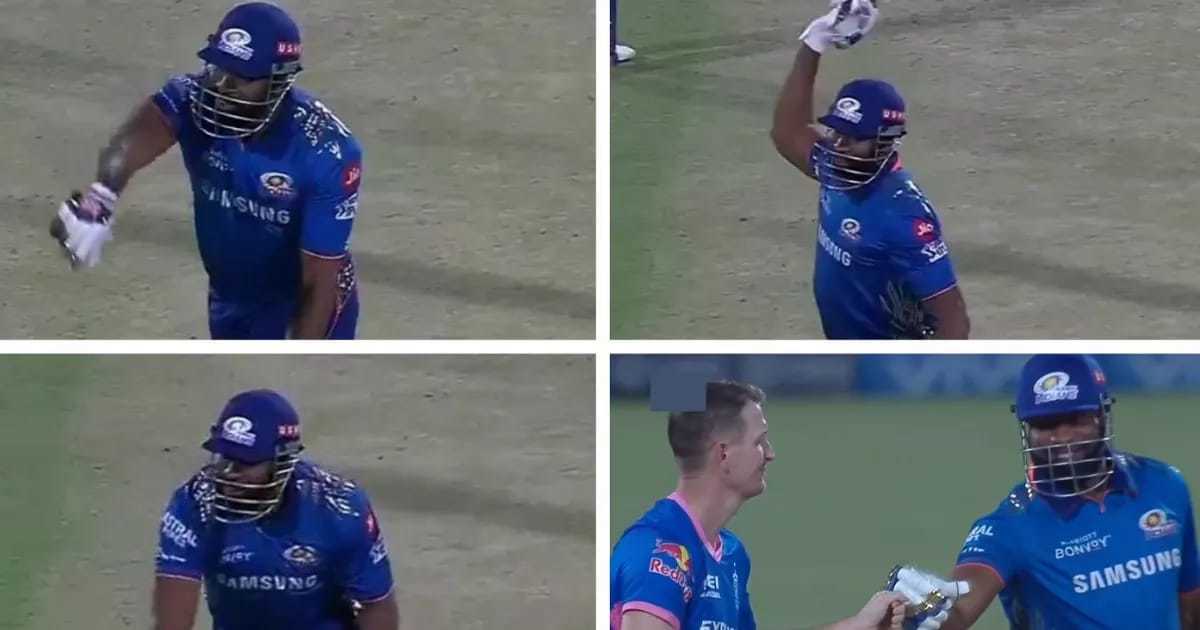 In a quite unusual scene, the ball went to the boundary after it hit Kieron Pollard on the helmet. The Rajasthan Royals bowler Chris Morris banged the ball short and Pollard couldn’t duck in time.

The delivery hit Pollard flush on the side on the helmet which would have awakened him up. Everyone was looking where the ball had gone when Pollard realised that it was heading towards the boundary.

The deep square leg fielder was quite square and the ball was racing towards the fence. Pollard after seeing that showed his emotions and wanted the ball to go to the boundary. The ball went for a boundary and the umpire surprisingly signalled with 4 leg byes. Pollard was trying to get under the short ball and was not attempting to play a shot.

In this case, the umpires should have signalled it a dead ball but Mumbai Indians was given 4 runs much to the delight of Pollard. His hilarious reaction while wanting the ball to touch the boundary left everyone in splits.

After the incident, Morris quickly had a polite inquiry with Pollard and did a fist bump. The Mumbai Indians veteran quickly finished the remaining runs and helped his side win a crucial match.

He scored a quickfire 16 runs in 8 balls as MI defeated RR convincingly in IPL 2021. Chasing a target of 171 runs, opener Quinton de Kock batted through and scored an unbeaten 70 in 50 balls. Meanwhile here the hilarious reactions of Kieron Pollard after getting hit on the helmet.