The Kings XI Punjab are all set to take on the Kolkata Knight Riders at the Dubai International Cricket Stadium on a Saturday afternoon. Expect it to be a contest of high volume as its the battle between the best in the business from Rahul Tripathi to Kl Rahul it’s going to be a crazy afternoon as the Rahuls go up against each other.

Talking about the points table, Kings XI Punjab are lying last in the points table despite having one of the best teams on paper this season. The inability of Kings XI Punjab players to consistently perform is hampering their progress this season. Only the likes of KL Rahul, Mayank Agarwal and Nicholas Pooran have been doing the scoring as the million-dollar man Maxwell has let the entire KXIP community down.

On the other hand, Kolkata Knight Riders looked very rusty at the start of the season but have managed to sort their team combination well enough in the previous game. We witnessed Rahul Tripathi score runs and the Varun Chakravarthy pick wickets, which is why we expect the Kolkata Knight Riders side to put a great show against Kings XI Punjab at Dubai.

Let’s take a look at the 5 key players to watch out for when Kings Xi Punjab lock horns with Kolkata Knight Riders: 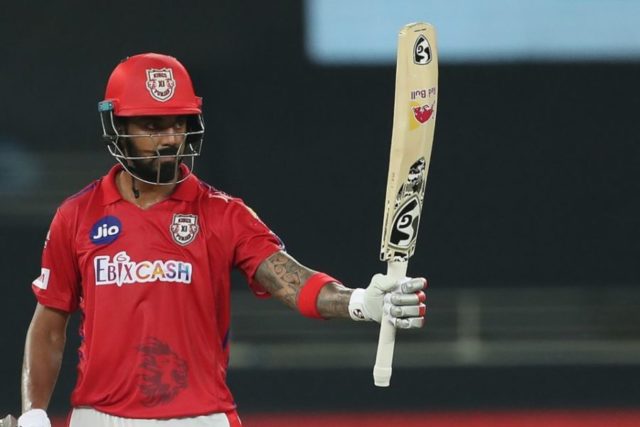 The Kings XI Punjab skipper has looked in incredible touch this season with the bat but as far as his side is concerned they have been outrageous. Though Rahul is doing everything he can with the bat, his side has constantly let him down this season. He along with Mayank Agarwal have been phenomenal this season as both have notched up centuries this season.

We all know what KL Rahul is capable of which is why he’s one player to watch for in the match against Kolkata Knight Riders.